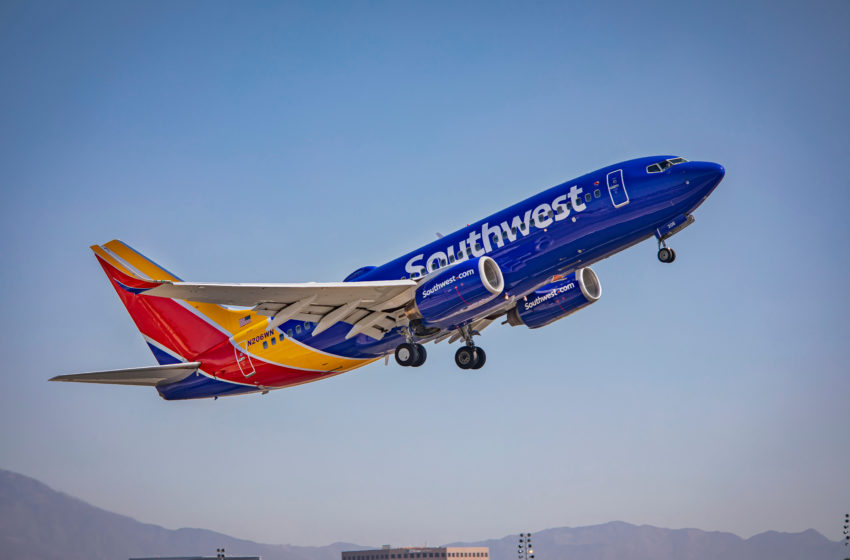 The airline’s leadership takes action in support of a critical commitment to employees.

Southwest Airlines has given all of us a major lesson in accountable leadership during challenging times. Leadership at Boeing—and indeed throughout the industry—would be wise to take note of that lesson.

Let’s start with Boeing. By now, we all know about Boeing having to ground its troubled 737 Max planes following two fatal crashes. We know that Boeing is awaiting certification from the FAA that the modified aircraft is actually safe to fly. And we know that Boeing’s CEO recently resigned, following disturbing revelations about internal voices that questioned the safety of the 737 Max—voices that were ignored.

Business Insider has reported that employees at Boeing felt there was “immense internal pressure” to “build planes quickly and rush through aircraft safety features while keeping costs low.” Other troubling reports about the working culture at Boeing have come to light in the wake of the 737 Max scandal. A former quality-control engineer working on a different plane, for instance, said that he reported to management in 2016 that oxygen bottles were faulty—a serious problem that could have left passengers without oxygen in an emergency situation. His concerns were stonewalled, and he eventually faced recriminations at work.

These are serious accusations, worthy of the government and media scrutiny they have attracted in recent months. But I want to look at an even deeper issue than the important ones of safety and honoring the public trust that reporters and regulators are focusing on now. I want to look at the underlying issue of accountability.

In any truly accountable organization, leadership keeps a deep commitment to “It’s all of us” on a very personal level. The attitude of senior leadership is, “We succeed together. We fail together. We are all on the journey together. There are no silos. We are one organization. If you do your job well, we all do well. If you don’t get the support you need to do your job well, then we are all the worse for it.”

“We value the skills, strengths and perspectives of our diverse team. We foster a collaborative workplace that engages all employees in finding solutions for our customers that advance our common business objectives…. We act with integrity, consistency, and honesty in all that we do. We value a culture of openness and inclusion in which everyone is treated fairly and where everyone has an opportunity to contribute.”

Had Boeing’s leadership lived those values in such a way that they served as an example to everyone in the organization, they would have fulfilled leadership’s commitment to “It’s all of us.” They would have created, sustained, and personally modeled a work environment where everyone felt valued and empowered to step up and take resolute action on another stated company value: safety. As a result, they would have avoided the crisis that faces the company today. But they did not live those values. And now they are facing the consequences, which are daunting.

Next, let’s look at Southwest, and at how it has managed to address the same commitment. Here is just one example. The grounding of the 737 Max carried immense financial implications, not just for Boeing, but for the airlines that are its customers. Shortly after the grounding was announced, Boeing said it would compensate its customers for losses related to the FAA’s decision. Southwest has reported losses of over $800 million sustained in 2019 due to not being able to fly the 737 Max. Boeing has been compensating Southwest for those losses.

Here is the big lesson in accountability. Southwest CEO Gary Kelly, in assessing what should be done with this compensation income from Boeing, immediately said that he was “looking for ways to share proceeds as appropriate with all of our employees.” In an earnings call, Kelly repeatedly thanked employees for how they handled the groundings, and said that even though the Boeing settlement money didn’t strictly meet the definition of “profits” for profit-sharing, he and the board were “delighted” to bring employees into sharing the compensation.

Let that sink in for a moment.

The CEO of one of the largest airlines in the US began his response to this crisis by looking for appropriate ways to share the compensation payment his company received with every single one of his company’s employees. As of this writing, nearly $100 million of the Boeing compensation to Southwest has gone straight to the employees’ profit-sharing plan.  This is accountable leadership in action.

The strong working culture for which Southwest is famous is no accident. It is the result of honoring critical commitments from leadership to the people who show up for work each day. As I have already pointed out, one of the key commitments of accountable leadership is a total, unconditional commitment to the principle of “It’s all of us.” When this commitment is upheld, leadership takes action that delivers the essential messages “I only succeed if you succeed,” and “we are all in this together.” Those sentiments are easy enough to say, as a visit to Boeing’s web page on company values proves. Following through on them, however, takes unrelenting discipline, effort, and character. These are the traits of accountable leadership. And these, I believe, are what has distinguished Southwest’s leadership from Boeing’s.

No matter what words come out of your mouth, no matter what text you put up on your web site, no matter what posters you put up on your wall, employees have a way of figuring out quickly when you are simply paying lip service to this commitment of “It’s all of us.” They know when you are not following through, At Southwest, employees have received tangible proof of the leadership’s clear commitment to this ideal. They have experienced “It’s all of us” in action.

Southwest has made Glassdoor’s list of the best companies to work for ten years running. It has a reputation for great customer service. I would submit that a major reason for both of these realities is that Southwest actually treats its employees the way it wants employees to treat customers—as though “we are all in this together.” They are in it together! And that means they are better positioned to survive—and thrive—in the face of literally any setback, including the current coronavirus crisis.

Southwest’s example leads directly to some important questions about accountability for leaders in all industries.

Author, speaker, and consultant Sam Silverstein is on a mission to create a more accountable world. You can learn more about that mission in his book No Matter What: The 10 Commitments of Accountability. Sam was recently named one of the top organizational culture professionals in the world by GlobalGurus.org. You can reach Sam Silverstein at www.BeAccountable.com.