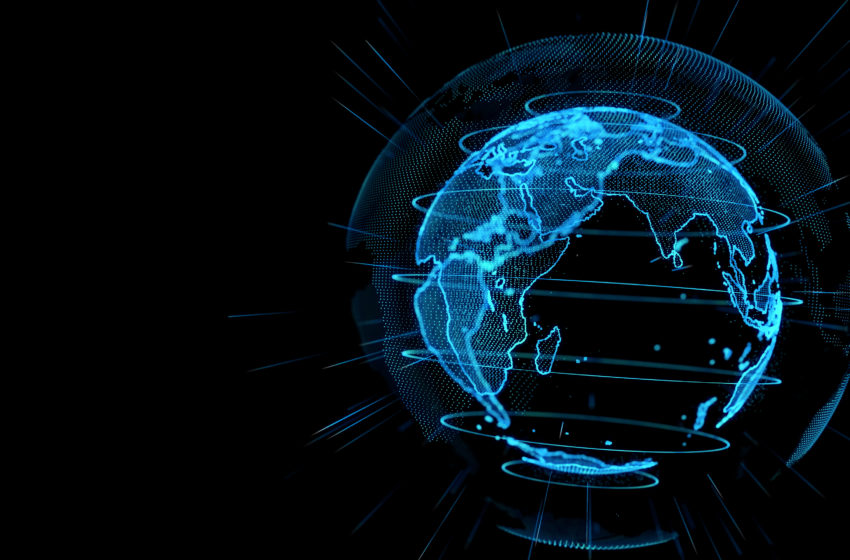 We live in a globalized world, one in which most organizations of any size have customers, supply chains, and outsourced services teams spread across the globe. Modern companies are able to leverage talented, inexpensive labor, low transportation costs, and (relatively) free-trade policies to manufacture goods more efficiently, and the growing international consumer class enables them to sell goods more broadly. The benefits of the past 30 years of globalization have been fantastic in terms of capital efficiency, labor productivity, and net economic growth. This complex, intricately connected global system has been a key driver of our current age of abundance.

However, this system carries risks that executives who operate in global markets need to understand. Our globally connected system provides for efficiency and scale but also adds risk and fragility. These risks have largely been hidden, but cracks in the system are beginning to emerge, and supply chain resilience has become an issue of intense focus across industrial sectors. Many organizations are working diligently at this moment to map out connections and dependencies in their supply chains—whether they sell widgets, services, or complex manufactured systems.

The Significance of China

What has happened in and around China in recent years illustrates why leaders need to think strategically about supply chains. China has become the destination of preference for manufacturing and related supply chains for many American companies. In most cases this has proved to be a great decision for those companies: costs declined, margins rose, sales increased. Going all in on a globally interconnected business model can be a good strategic decision—until, of course, it’s not.

An example of this may be rearing its head in China, namely the US–China trade war (2018–present)[1] and the shutdown of parts of China due to the Wuhan coronavirus beginning in early 2020.[2] These forces may or may not have enduring systemic effects. At best they will be localized disruptions and tragedies that cause us to review our supply and logistical systems; at worst they will converge in such a fashion that will seriously damage companies that have made major commitments in China.

Our current connectivity with China needs to be understood within the broader context of globalization; thus, what follows is a massive oversimplification of where we are in the cycle of globalization. Globalization, per se, is not new. Industries and companies have operated with global supply chains and customers for centuries, from the East India Company of the 17th–19th centuries and Standard Oil of the 20th century. The global outsourcing movement that is more directly relevant to modern China began in earnest in the 1980s and 1990s. The data describing the growth of global connectivity during this period is staggering—international trade grew around 35 times, and global foreign direct investment (FDI) grew from 0.7 to 25 trillion USD between 1980 and 2010.[3] Much of this growth concentrated primarily in large countries, exemplified by the BRICs—Brazil, Russia, India, China (a term coined in 2001 by a Goldman Sachs executive).[4]

The scale and rapid growth of China has provided an environment that is so compelling that many large organizations today are utterly reliant on China. Outsourcing in China began around relatively low-skilled commodity-type subcomponents, but over decades the types of systems that are outsourced have become increasingly complex, requiring higher-skilled and higher-cost labor. Today, for example, some of the most advanced electronics on the planet, from iPhones to quantum computers, are manufactured in China. Exports from China to the United States increased from $3.86 billion in 1985 to $539.5 billion in 2018, highlighting the magnitude of US–China connectivity.[5]

As China has risen up the ladder of value-added manufacturing capacity, labor costs have risen. This has caused some companies, particularly those industries that rely on lower-skilled labor (such as clothing), to leave China and locate manufacturing in other countries. However, China’s rise up the capability scale has made it a compelling place for many technology and electronics companies that require more skilled labor. This has also created the world’s largest middle class,[6] which is capable of buying these consumer electronics products and has had the secondary result of making China one of the most important consumer markets in the world. Thus, companies have had dual reasons to concentrate their efforts in China, which up to this point has been a very productive decision. Until, that is, something happens.

Concentrating operations in one country or region magnifies both benefits and risks. There are a variety of issues associated with China that range from human rights to intellectual property protections, but let’s focus on two recent developments: the US–China trade war and the coronavirus. The trade war, which has been particularly damaging to specific sectors, is effectively a tit-for-tat exchange of targeted tariffs. The United States imposed tariffs on $360 billion in Chinese goods in 2019, while China reciprocated with $110 billion in duties.[7] The coronavirus has closed down travel, factories, and movement of goods in parts of China, resulting in material reduction to production capacity, the full extent of which is not yet known.

While these developments are totally different, they both have the potential to bring ruin to companies that have prized efficiency over resiliency and run their entire supply chains through China. The effects of both developments at once is even more significant and is the reason why most large organizations in the United States are looking closely at this issue today.

The intent here is not to point fingers at China or advise companies to move their supply chains out of China. Rather, China serves as a timely example of how interrelated and potentially fragile these systems can be. China is unique in that it is large enough to be a single supplier for even the most significant organizations, but we could use other events in other countries to make the same point. Optimization of supply chain operations provides efficiency but also creates risk, and there are many risk vectors that can cause organizations to pay for overconcentration.

Executives need to be thoughtful and proactive in identifying potential drivers of risk. Books can (and have) been written about sources of technological, socioeconomic, and geopolitical risks that leaders need to be aware of when conducting risk analysis and stress testing of supply chain operations. Political drivers can influence import/export policies, as has happened in the US with respect to China. However, they can also influence regulations around “local content” or the foreign ownership of local companies and operations, as well as labor stoppage, blocked or destroyed transportation networks, and even directly malicious activity. Technological forces such as cybersecurity, biotechnology, 3D printing, and exotic computing could quickly and significantly affect global networks. “Black swan” events such as terrorism, war, pandemics, and ecological disasters are unlikely on any given day, but over a long enough period of time will happen.

After developing a comprehensive picture of risk drivers, executives need to have open and realistic conversations about the tradeoffs between cost and efficiency. We all want to run low-cost, efficient operations. However, by definition, optimally efficient systems lack slack. Slack is needed to manage disruptive events—the spare capacity to pick up production taken offline by a tsunami, for example. These are very real and difficult tradeoffs. Multiple, redundant vendors and manufacturing sites would be optimal from the perspective of slack and resiliency but would be expensive, perhaps cost prohibitive. How do we balance these tradeoffs? What are the sunk costs and switching costs that constrain our ability to adjust, either proactively or reactively? How can we use automation to build more scalable and perhaps geographically fungible operations? These tradeoffs are different for every organization and need to be contextualized for an organization’s specific financial, geographic, and operational profile.

The butterfly effect, explored in mathematics and chaos theory, also applies to companies and industries because of these complex interconnections. When supply chains are global, as opposed to local or national, disruptive events in faraway places can have an outsized and cascading impact in other geographies and industries. What is happening in China and elsewhere in 2020 may or may not prove have an enduring systemic effect. We could see some large companies shed significant market capitalization as a result of decisions made decades ago. Or we could see markets and executives sigh a huge sigh of relief as these challenges shift from international panic to localized tragedy. We simply do not know if this will be the catastrophic event that breaks organizations with fragile supply chain systems.

However, we can predict with high confidence that, given enough time, there will be such a catastrophic event. It does cost more in the short term to develop supply chains that use redundancies and other techniques to increase resiliency. Ensuring resiliency may be worth the margin degradation for most organizations with long-term stakeholders, but all companies do not have the benefit of long-term stakeholders. This creates a difficult calculus for executives with more short-term focus, such as those who operate in public markets that concentrate on quarterly performance.

Incentives that prioritize short-term wins over long-term health may be misaligned, but they are a reality that we need to acknowledge. This is a fascinating time to lead a global organization, rife with both risk and opportunity—and certainly not for the faint-hearted.

Bret Boyd is the cofounder and managing partner of the Grayline Group, an Austin-based advisory and analytics firm. He has served in a variety of business, technology, and strategy leadership roles throughout his career, most recently as CEO at Knoema and Vice President at Stratfor. He is a graduate of West Point, former Army Ranger, and the coauthor of Catalyst: Leadership and Strategy in a Changing World.

From Shipment to Port to Customs &...