Texas 2036 is taking a data-driven approach to ensuring the state’s future prosperity.

In our Q3 2020 issue of Texas CEO Magazine (“Rebooting the Texas Economy”), expert after expert conveyed optimism for Texas’ post-COVID economic rebound. Our underlying strengths as a state—from tax code to regulatory environment to workforce—remain intact. Even in the midst of a global pandemic, economic developers report that many businesses are looking to relocate headquarters to the Lone Star State.

But if you ask Tom Luce, Texans would be wise to keep a close eye on our state’s future as we approach its 200th birthday, in 2036. Luce—a former lawyer and a civic leader with five gubernatorial appointments under his belt—sees a few red flags on the horizon. For one, by the Texas bicentennial in 2036, we’ll add 10 million more Texans to our current population of 29 million. And that’s going to require 8 million more jobs to keep pace — that’s like adding the equivalent of the total number of jobs in the DFW and Houston metro areas in just 16 years. At the same time, 71 percent of jobs are expected to require some higher education by 2036, though only 28 percent of eighth graders today complete a postsecondary degree or certificate within six years of graduation. Other warning signs about Texas’ future range from our poor health outcomes to highway gridlock to low broadband access in rural areas. Clearly, our impending growth comes packaged with opportunities and challenges.

Luce argues that staying ahead of this curve will be vital to Texas’ future. Hence his latest venture, Texas 2036, a nonpartisan nonprofit with a mission to offer data and research to the business, political, and community leaders who are shaping the state’s future. Led by former US Secretary of Education Margaret Spellings, Texas 2036 has already compiled an impressive clearinghouse of data sets at Texas2036.org. It’s both a playground for data nerds—with interactive maps and dashboards galore—and a rich source of insight. One example: Texas 2036’s COVID-19 Dashboard, which captures and presents health and economic data—including hospital capacity, unemployment information, CARES Act funding, mobility information, consumer spending data, and more—for the state and hundreds of individual counties.

For Texas CEOs, knowledge is power. That includes understanding the fundamental issues that face our state, and knowing where we’re excelling and where improvement is needed. Here’s a sample of data points from Texas 2036—each of which may impact your business’s future, and many of which should influence your decision making today. For much more, visit Texas2036.org.

More than 29 million people live in Texas today. By 2036, when Texas turns 200, nearly 10 million more Texans will call our state home, increasing the population of urban areas by 33 percent.

One of Texas’ greatest assets is our large and diverse population. Today, Hispanic, Black, and Asian Texans represent a majority of our state’s population—and by 2036, they will constitute nearly two-thirds of all Texans.

Texas is becoming both older and younger: 40 percent of our state’s population in 2036 is expected to be over 65 or under 18, which will drive health and education costs.

Since 2007, Texas has fallen from 33rd among states in 4th grade reading proficiency to 45th. Fewer than one-third of Texas fourth graders read on grade level.

In 2020, workers who had earned a college degree were twice as likely to retain or find a job during the pandemic. However, Texas’ future workforce is not set up for success—only one-third of Texas high school graduates earn a college degree or credential within six years of high school. But 71 percent of jobs are expected to require one by 2036.

Nearly half of the state’s workers are non-native Texans, which shows how important domestic and international migration have been to our economy.

Last year, Texas had more than 14 million workers. By 2036, we’ll need to add nearly 8 million more jobs, or the equivalent of the Dallas and Houston economies, to keep Texas’ economy growing and support our population growth.

Public and private health care spending in Texas has increased 4 percent annually over 10 years. However, health outcomes in Texas are among the worst in the nation in areas like diabetes, cardiovascular deaths, maternal mortality and infectious diseases.

State agencies don’t have the tools or personnel to properly use data to serve taxpayers, solve problems, and save the state money. Fewer than 20 percent of state agencies report significant progress in areas like data analytics, data management, and data governance. During the pandemic, this lack of data infrastructure has forced the state to rely on fax machines and outdated systems, slowing public health information, while call centers have crashed as millions of Texans requested unemployment checks. 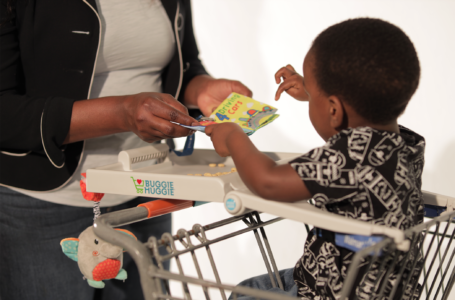 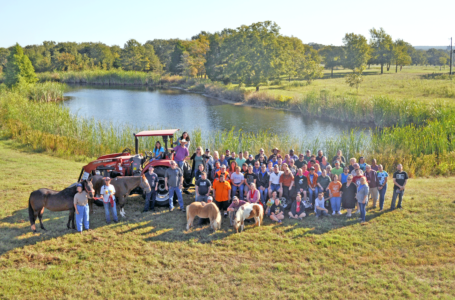 A Community of Opportunity