Anyone doing business in Texas knows that the competitive landscape is changing. Out-of-state-based businesses, from a wide array of industries, are looking to set up shop in Texas. According to the YTexas Relo Tracker, 2018 and 2019 brought over 50 corporate headquarter relocations into the Lone Star State. If you were to include corporate expansions, the number is well into the hundreds. Leading industries include technology, advanced manufacturing, consumer packaged goods and professional service firms.

You would think Palm Beach Gardens, Florida, would be the home of all things golf. Not so anymore.  While still maintaining a presence in South Florida, the  PGA of America is relocating  its corporate headquarters to Frisco, Texas, after  more than a half century  of operation. That’s only the tip of the iceberg. The HQ will be part of a 600-acre mixed-used development that is projected to include two championship golf courses, a short course, class AA office space, and a 500-room Omni resort, to include a 127,000-square-foot conference center and a whole lot more. Rumor has it there is a possibility that it will bring a future Ryder Cup to Texas. Meanwhile, the PGA championship is slated to be played at PGA Frisco in 2027 and 2034. Since the area hasn’t hosted a PGA championship since 1963, that is a big deal. This relocation will create a ripple effect on the economy, creating a market ripe for vendors, suppliers, players, and residents close to the game of golf. The project will reside near US 380 and the Dallas North Tollway. When will we see this? Believe it or not, not in the too distant future. Could be as early as 2022—with the hotel and convention center not far behind.

“PGA Frisco is destined to become the future home of American golf,” said PGA chief operating officer Darrell Crall. “We are working collaboratively on every step, on roads and design, making sure we are all committing to the community and executing in a way that everyone can be proud of. Frisco is a perfect match for our corporate culture. The PGA of America is thrilled to bring our headquarters and championship golf to Northern Texas.”

In 2021, Major League Soccer (MLS) will have a home in Austin. The Austin FC team will be the first top-division major sports team in the Austin area. Anthony Precourt, previous owner of the Columbus Crew, brought Austin’s first major league team to the city in January of 2019, when he sealed a deal with the City of Austin to bring the  27th  MLS club to the state capital. The club  is building a new state-of-the-art soccer park and multi-use  stadium for the team in a public/private partnership with the city  at McKalla Place, near the Domain  mixed-use development. The club will also build a $45 million training facility called St. David’s Performance Center in Northeast Austin, which will have four full-size soccer fields and first-class  amenities for the club’s first team and academy teams. Both the stadium and St. David’s Performance Center are scheduled to open in 2021. For a town that falls short of a professional sports franchise, this is huge for Austin. Season tickets can still be reserved  with  a $50  refundable  deposit at austinfc.com. Go  get ’em.

Look no further than Dallas, Texas, for the next wave of esports teams sweeping the nation. Envy Gaming, which moved to Dallas from Charlotte, North Carolina, in 2017, was recently named the eighth most valuable esports organization in the world. Envy acquired the Dallas Overwatch League franchise spot in 2018, launching its Dallas Fuel franchise. In 2019, Envy Gaming raised an additional $20 million in VC funding and also acquired the Dallas Call of Duty League team spot, which will debut the Dallas Empire team in the 2020 competitive season. Esports has exploded in popularity in recent years, with fans filling arenas  to watch players square off in popular  multiplayer video game competitions.  Envy Gaming will host seven home weekends of live esports competition in various stadiums across North Texas in 2020. It is estimated that there are over 50 million registered players of popular video games in the US, which creates a market for tremendous growth. For more information, visit Envy.gg.

If you’re a tennis fan in Texas, and that would include me, then get ready to make some trips to Central Texas. The United States Tennis Association (USTA) Texas is planning to relocate its headquarters to Cedar Park, Texas. The development project will bring around 40 outdoor and six to eight indoor courts and be part of a 150-acre mixed-use development. The new HQ will anchor a multibillion-dollar project (Indigo Ridge) that will encompass over five million square feet of mixed-use development, including dining, retail, and entertainment. The facility will be in earshot of the major Apple expansion and will be an added draw for more corporate relocations to the area. If this will look anything like the USTA HQ in Florida, we’re in for a real treat.

Nestled in the Austin suburb of Hutto, Texas, will be the largest baseball development the state has ever seen. Iowa-based scouting organization  Perfect Game is partnering with the city and other investors to anchor an $800 million development in the City of Hutto. In addition to the baseball facilities, the new development will feature a 200,000-square-foot indoor sports and events center designed to seat 13,000, and a convention hotel. The organization is already talking with major sports franchises and universities about expanding opportunities for children to advance in the sport. Yes, the Field of Dreams will still remain in Iowa, but about 24 baseball fields used to train students of the game will soon be here in Central Texas. When will it be done? Some say as early as 2021.

If you are wondering if there is any more room for football in Texas, the answer is an astounding yes. The XFL, financed by the chairman and CEO of the WWE, Vince McMahon, chose two of the eight markets to launch in Texas. The two Texas teams join Seattle, Los Angeles, New York, St. Louis, Tampa Bay, and Washington, DC, as the league’s inaugural cities. Texas nemesis and former OU head coach Bob Stoops is head coach for the Dallas Renegades, with much of the leadership coming from other Texas sports franchises, including the Dallas Stars and Texas Rangers. The team will play its home games at Globe Life Park in Arlington, which is being repurposed as a football venue after its previous tenant, Major League Baseball’s Texas Rangers, relocates to the newly built Globe Life Field.

The Houston Roughnecks will be led by former SMU coach June Jones, with their games being held at TDECU stadium on the University of Houston campus. The opening season, beginning on February 9, will have a 10-week season, with each team hosting five home field games. What’s interesting is that the game will feature a few new, tested rules for a faster pace of game that should complete in under three hours. The league will draw from former college and NFL players, many of whom have talent to show the world. My analysis—the talent level will be top notch. Season tickets start as low as $20 per seat, and premium seats can be purchased for less than $100 at xflrenegades.com and xflroughnecks.com. You’ll definitely be seeing me at one of these games.

Sports bring a healthy sense of competition to our neighborhoods and build strong communities. With a growing population, ripe with future talent and a fan base eager for entertainment, sports will continue to expand in our great state. Will there be a new NFL team making it to Texas? Well, that may be a long shot. Only time will tell.

Ed Curtis is the founder and CEO of YTEXAS. He launched YTEXAS after 20 years in banking and private sector business, where he held various positions such as Market CEO, Chief Lending Officer, and Chief Executive Officer.

The Business of College Athletics: A Conversation... 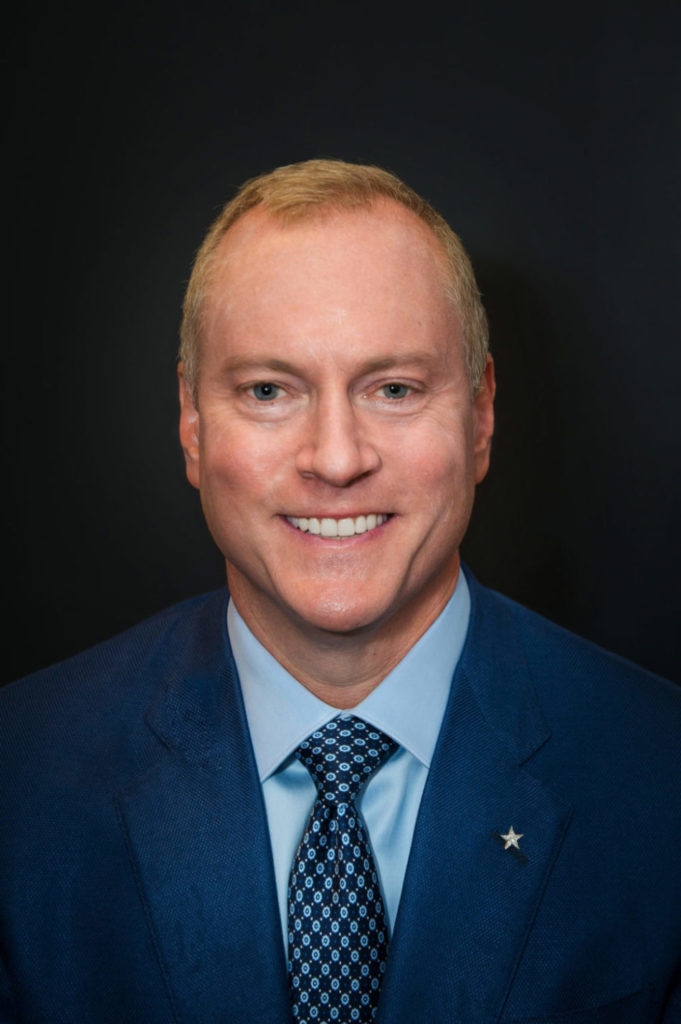