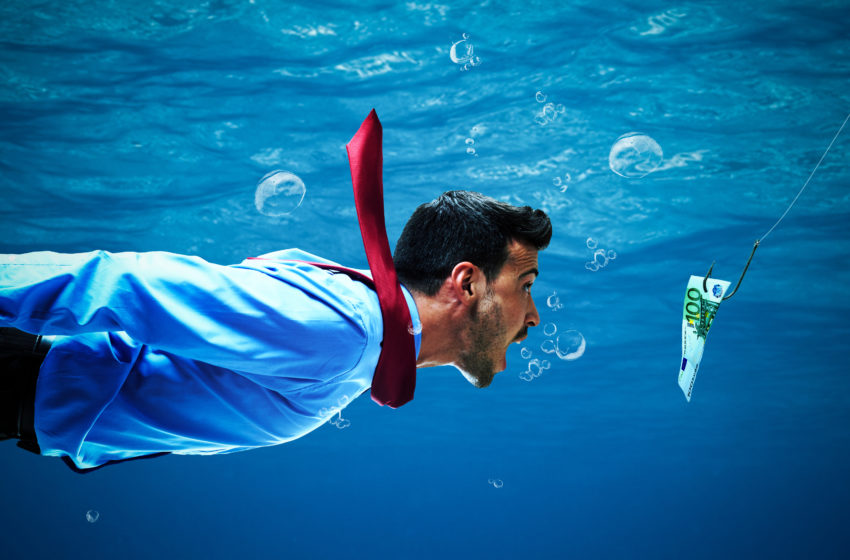 Now in its fifth season, ABC’s Shark Tank is a reality show for the business-minded, offering a space for entrepreneurs to pitch their ideas to a team of potential investors. At a recent Texas CEO Enlightened Speaker Series event, we invited four Texas entrepreneurs who have appeared on Shark Tank to discuss their experiences on the show and how their appearances have affected their companies and the way they do business.

When Erin Whalen learned that she would be pitching her business, Grease Monkey Wipes, in the first season of Shark Tank, she didn’t know what to expect. Whalen heard about the show through Twitter and applied, then went through several weeks of interviews and screenings before finally getting to pitch her product to the sharks, where she made a deal with Barbara Corcoran and Robert Herjavec.

After the episode aired and Whalen began working with the sharks, she was able to get her product in several stores, but she isn’t sure that the deal she made was an essential one. “Barbara Corcoran hired people who helped her publicize the company, so she was the better partner and she flew us to New York for a strategy session,” Whalen said, “but in all candor, it wasn’t anybody we couldn’t have found ourselves.”

Shortly after partnering with Corcoran and Herjavec, Whalen learned what she considers to be one of her most important business lessons. Grease Monkey Wipes was approached by a major auto parts retailer with a contract for getting the product on the store’s shelves. “I thought we’d made it,” Whalen said. But the reality of the situation wasn’t so simple. The contract was heavily one-sided, requiring Grease Monkey Wipes to pay for shipping their product to distribution centers, agree to a “Buy One Get One Free” promotion, submit to a Net 365 days term that would prevent Grease Monkey Wipes from getting any payment for a year, and meet a minimum order number that went beyond Grease Monkey Wipes’ capabilities.

Whalen and her partner had been excited about the opportunity, but in the end they had to turn down the deal. Within a few months, Grease Monkey Wipes were being sold at HEB, Bed, Bath & Beyond and Academy. “I learned it’s OK to say no,” Whalen said.

David Pikoff cofounded Games2U with his brother, and when he earned the opportunity to appear on Shark Tank in 2011, he placed a call to Whalen to get her advice. “I reached out to Erin because I wanted to do my homework to better understand the opportunity, Pikoff said. “Erin was the one person in Austin who could help me … she was kind and generous and very, very smart.”

With a background in startups, Pikoff knew that gaining visibility for his brand was crucial, so he decided to approach his appearance on the show a bit differently. “I went onto Shark Tank to get leads,” he said. With Whalen’s help, Pikoff and his brother established a three-point plan to make the most of their TV time. They wanted to position themselves properly, be deliberate in what they said on the air and to get as much screen time as possible.

Watching old episodes, they learned that whenever the sharks made an offer and the entrepreneurs stepped outside to think about it, that segment would receive more screen time than the others.

“Since we were profitable and we were there only for visibility and awareness to stimulate leads, we agreed—no matter what the offer—we were going to step out and think about it,” Pikoff said. So when Kevin O’Leary made an offer, the brothers stepped outside to discuss it and earned themselves 15 extra minutes of TV time over the other entrepreneurs on the episode. They extended their appearance over a commercial break, coming back to the sharks after deliberating to turn down O’Leary’s offer.

“In effect, we got a 30-minute infomercial and tons of visibility,” Pikoff said. “As a result of being on the show, we got tons of leads, which turned into tons of sales.” The brothers’ appearance on Shark Tank even caught the attention of a local investor who ended up buying Games2U.

On the flip side, Erick Jansen, a full-time Austin firefighter who developed the Freeloader Child Carrier along with his business partner, Nathan Jones, stepped into the tank with minimal preparation. After running a successful crowdfunding campaign for the Freeloader, Jansen was approached by a producer for the show. “Nathan and I thought we’d gotten a prank call and said ‘No, thanks,’” Jansen said.

After familiarizing himself with the show, Jansen returned the producer’s call and went to California to stand before the sharks. Being a fledgling company with no

production, inventory or sales, Jansen feels he was unprepared for his visit to the tank. Despite Jansen and Jones trying to delay the taping, the producers were insistent, and the pair stood before the investors and were peppered with questions on the sales, profit margins and customer acquisitions they simply didn’t have yet.

Jansen and Jones, despite being entrepreneurial newbies and underprepared for their Shark Tank appearance, received an offer from Herjavec. Jansen and Jones initially accepted the deal, but backed out before making it final. “We felt it was too much equity to give up and we had too much invested,” Jansen said. “We just felt Robert didn’t bring anything in that we couldn’t do ourselves.”

“The further we get away from the episode, the better we’re doing,” Jansen said. “The Freeloader is selling consistently without any kind of marketing or advertising.” After appearing on the show, Jansen and Jones made a deal with an investor and they are now working on licensing agreements and hoping to go global with Freeloader sales. They have even been contacted by thousands of special needs families who see the Freeloader as a life-changing tool to help get their children involved in activities in ways that weren’t possible before.

Yuen Yung – How Do You Roll?

Yuen Yung and his brother, Peter, had more entrepreneurial experience under their belts when they appeared before the sharks looking for investments for their restaurant chain, How Do You Roll? The brothers prepared for the taping by going over their financials and practicing their poker faces. “We decided we were not going to make any faces so we wouldn’t look stupid,” Yung said. “That became our number-one objective going on the show.”

When pitching How Do You Roll? to the sharks, Yung and his brother received one of the biggest deals ever seen on the show. On air, the brothers agreed to the deal, but immediately after taping, they were bombarded by the pressure of making a deal with O’Leary, who many consider to be the most ruthless investor on the show.

Immediately after taping, Yung and his brother were met by one of O’Leary’s attorneys, who asked them to sign a letter of intent (LOI). Yung wisely refused, choosing to wait until he could run the document by his attorney. After drafting his own LOI, Yung felt the shark’s attorneys considered him a nuisance. “They told us they would allow more time because we were more sophisticated than most of their entrepreneurs,” Yung said. “I wonder what happens if you’re not sophisticated.”

The second step for Yung was to go through due diligence with O’Leary’s investment bankers, who spent a month poring over How Do You Roll’s books. But it was the next step – the legal process – that finally caused Yung to question the benefits of accepting the deal.

“They told us they wanted to form a new board with five people on it,” Yung said. “They wanted to ‘help’ us with a high-powered board and give them three of the five seats, including Chairman of the Board. What’s wrong with that picture?”

Yung’s lawyer advised him not to agree to the deal, and to make a counteroffer instead. In the end, the expiration date set in Yung’s LOI passed and the deal fell through.

Yung realized that making a Shark Tank deal was no different than working with investors out of the spotlight. “When you get to doing the deal, keep that a separate process and a true business deal,” Yung advised. “Don’t buy into the hype.”

Even though the deal with O’Leary never came to be, Yung benefitted greatly from his Shark Tank appearance. Within two weeks of the episode’s airing, How Do You Roll? received 600 franchise requests and experienced a 35 to 300 percent surge in store sales.

“Shark Tank is a great platform for PR and visibility,” Yung said. “I started meeting with private equity firms and private investors who didn’t know who we were yesterday, and the next day they did.”

Every one of the four panelists was offered a deal during their Shark Tank tapings. All of them initially accepted their deals except for Pikoff. But currently, none of them are still partnered with Shark Tank investors.

Pikoff explained that most of the deals made during tapings don’t come to fruition. “Only 20 to 30 percent of the deals agreed to on Shark Tank actually come together,” he said. “That’s simply normal business – and it holds true for Shark Tank.”

Erin Whalen appeared on the first season of Shark Tank in 2010 to pitch her company, Grease Monkey Wipes. She walked away with a split deal offer from sharks Barbara Corcoran and Robert Herjavec for a $40,000 investment in exchange for 40 percent equity.

Whalen later sold her share of Grease Monkey Wipes and currently works at the Boston Consulting Group and is based in Dallas. There she uses her more than 15 years of experience pitching businesses to investors consulting entrepreneurs and business owners on new ventures, marketing, public relations, sales strategies and investor outreach. Whalen was recognized as a Texas Business Hall of Fame scholar in 2012 and holds an MBA from UT’s McCombs School of Business.

Whalen has compiled the lessons she learned from appearing on Shark Tank into a book, The BabyBird Guide to Shark Tank: From Prep to Pitch, An Insider’s Guide.

David Pikoff stood before the sharks in 2011 to pitch his business, Games2U, which he co-owned with his brother, Stuart. Shark Kevin O’Leary offered $500,000 for a 51 percent share of the company or a $1 million valuation, but the brothers declined. They sold the business in 2012.

Pikoff began his career as a serial entrepreneur 15 years ago as COO at DPI Teleconnect. After selling that business, he spent a decade as a real estate developer before launching and then selling Games2U. He is currently a partner at Humm Systems, a tech company that offers guest feedback to restaurants in real time. He also owns two restaurants.

Erick Jansen and his business partner, Nathan Jones, developed the Freeloader Child Carrier as a tool to help parents carry their young children in an easier way. They appeared on season five of Shark Tank after holding a crowdfunding campaign that raised $32,000 in a month.

On the show, Robert Herjavec offered $200,000 in exchange for a 33 percent equity stake in the business. The pair initially agreed to the deal on the air, but later backed out. Besides being an entrepreneur, Jansen is a first responder for the Austin fire department.

Yuen Yung and his brother Peter opened fast-casual sushi restaurant How Do You Roll? in Austin in 2008. Within three years, they had two corporate stores, more than $1 million in revenue and 40 franchise agreements sold. They went before the sharks and walked away with one of the biggest deals ever seen on the show – a $1 million deal for 20 percent equity from Kevin O’Leary.

Yung is a University of Texas graduate with a degree in finance from the McCombs School of Business. How Do You Roll? currently has franchises in five states, and the brothers are working on a move to open the restaurant’s first international stores.

Our Thanks to Our Speaker Series Sponsors:

The Candidate’s Mindset has Changed—Has Yours?

How to Inspire the Next Generation of...