How do we gain insight about ourselves when people are reluctant to tell us the truth?

A stranger approaching you in the street will in a second’s glance see you whole, size you up, place you in a way in which you cannot and never will, even though you have spent a lifetime with yourself . . . and therefore ought to know yourself best of all. —Walker Percy

The saying that “feedback is a gift” is such a painful cliché that we often forget how true it really is. As leaders, we need not only the self-awareness that comes from looking inward—we also need what I call “external self-awareness.” That comes from turning our gaze outward to understand how we are seen. And no matter how hard we try, we simply cannot do this on our own. We need that gift of feedback from the people around us, whether it’s an employee, a board member, a CEO at a different organization, or even a total stranger. Unfortunately, though, learning how others see us is usually thwarted by one simple fact: even the people we’re closest to are reluctant to share such information.

We all need the “gift of feedback” for one simple reason: other people generally see us more objectively than we see ourselves.

Psychologist Timothy Smith and his colleagues powerfully demonstrated this in a study with 300 married couples in which both partners were being tested for heart disease. They asked each participant to rate both their own and their partner’s levels of anger, hostility, and argumentativeness—all strong predictors of the illness—and found that people’s self-ratings were infinitely less accurate than those of their spouses. Another study asked more than 150 Navy officers and their subordinates to rate the officers’ leadership style, and found that only the subordinates could accurately assess their bosses’ performance and promotability.

Developing external self-awareness becomes particularly critical, yet infinitely more difficult, when you’re the boss, and especially when you’re the CEO. Studies show that self-aware leaders are more successful and promotable, and some research has even shown that self-awareness is the single greatest predictor of leadership success. The problem is, the higher up you are on the corporate food chain, the less likely you are to be self-aware, an affliction that’s been labeled “CEO Disease.”

After all, who really wants to tell the boss that his management style is alienating people, or that her latest staffing choices are causing friction, or that his clients find him controlling? Complicating matters, the overconfidence that results from past successes can make it challenging for leaders to hear and accept difficult feedback—and thus make their employees more reluctant to give it.

Pixar president Ed Catmull has witnessed this reluctance to speak truth to power firsthand. Years before he co-founded his company and became president of Disney Animation Studios, he was a young PhD student at the University of Utah’s nascent computer graphics program. He adored the comradery he had with his professors and fellow graduate students—there were no strict hierarchies, they worked independently, and everyone generally got along. Catmull liked this environment so much that he created a similar structure in his first job out of school. As the head of a small computer animation research team at the New York Institute of Technology, he hired smart people, treated them as equals, and let them do their thing. As a result, they told him pretty much everything that was going on. He was involved in social activities and was basically one of the guys—it felt good.

But when Catmull was hired to lead Lucasfilm’s brand-new computer division, he realized that he’d need to rethink how he managed people. His new team would be bigger, better resourced, and have a much higher profile. To achieve George Lucas’s ambitious vision of bringing computer technology to Hollywood, Catmull reasoned, he would need to adopt a more formal, hierarchical structure with a manager running each of the graphics, video, and audio groups.

And when he did that, nearly instantaneously he noticed that something was different. Casual chatter had a habit of going silent whenever he entered the room. He was getting mostly good news and hardly any bad news. And his team was no longer inviting him to their social gatherings.

Catmull didn’t like this very much. He didn’t feel like a different person than University of Utah Ed or New York Tech Ed. But he realized that his new role as The Boss, coupled with his increasing prominence in the academic community, had changed the way people perceived him. He told me, “I recognized that, okay, this is the way it is, and it will probably get worse over time.” The reluctance to speak up was presenting a giant obstacle not just in his own performance, but to the collective self-awareness of his team. Since then, Catmull has made it a top-tier priority to combat this reluctance and seek the honest truth, not just about himself as a leader, but about the challenges and issues his company is facing. And it has made quite a difference. He now says that one of his core tenets is what he calls “leading by being self-aware.”

Whether or not we run a multibillion-dollar company, protecting our fragile egos by deciding we are right and others are wrong can be risky. Nevertheless, we fall back on the same old excuses. We tell ourselves we’re doing fine and don’t really need the feedback. Or we tell ourselves that asking for feedback would be weak. Or, perhaps most understandable of all, we rely on the excuse that we just don’t want to ask for feedback. After all, it’s scary and uncomfortable.

The good news is that we can decide to pull our heads out of the sand and recognize that others’ opinions are just as important for insight as our own. The best leaders push through their fear, defensiveness, and vulnerability and go for it anyway. As U.S. President Franklin Delano Roosevelt once opined, “Courage is not the absence of fear, but rather the assessment that something else is more important than fear.” In our case, that “something else” is insight.

The good news is that we can decide to pull our heads out of the sand and recognize that others’ opinions are just as important for insight as our own. The best leaders push through their fear, defensiveness, and vulnerability and go for it anyway. As U.S. President Franklin Delano Roosevelt once opined, “Courage is not the absence of fear, but rather the assessment that something else is more important than fear.” In our case, that “something else” is insight.

Looking to get a high-level snapshot of your own self-awareness—and how it matches up with how others see you? Take this 5-minute quiz, and choose a friend to fill out the same survey for you. You’ll get the results when both sets of data are in! Access the quiz at www.Insight-Quiz.com.

This article is adapted from Dr. Tasha Eurich’s book, Insight: The Surprising Truth About How Others See Us, How We See Ourselves, and Why the Answers Matter More Than We Think (Currency).

As an organizational psychologist and sought-after keynote speaker, Tasha Eurich gives leaders around the world the tools they need to succeed in an ever-changing world. Visit www.TashaEurich.com to learn more about her. 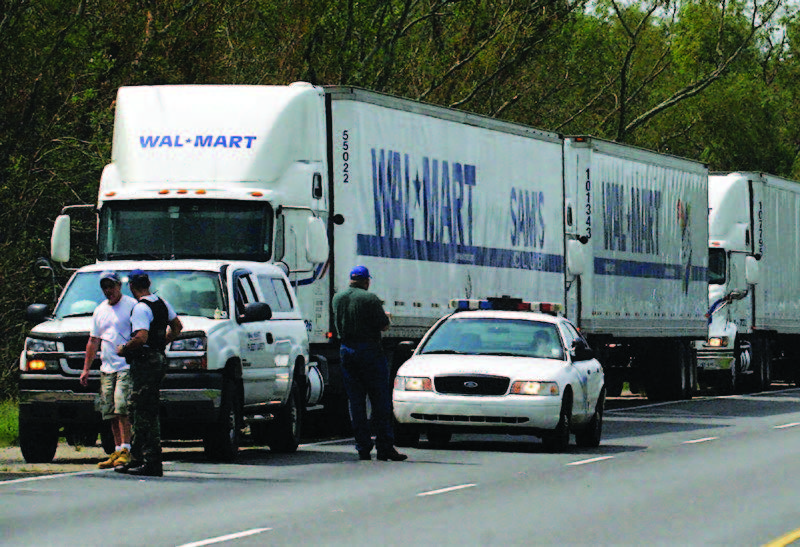 CEO Activism and the Cloak of Social...