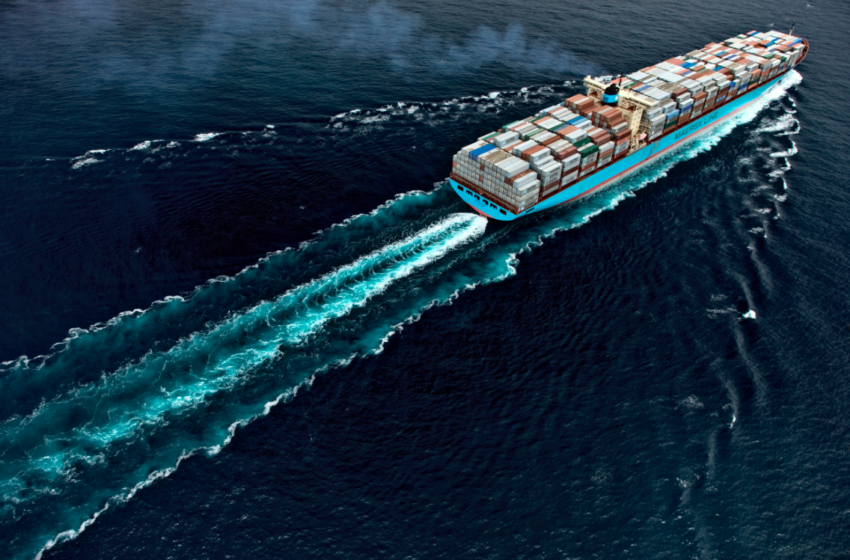 In 1937, 24-year old Malcolm McLean (later changed to Malcom) delivered a load from the South to the New Jersey docks for export. He had been in the trucking business for two years. The rural North Carolina native was running a gas station when he learned he could make $5 a load to truck the gas to his station. He bought a truck, paid for on time, and began to build a trucking company with his brother, Jim, and sister, Clara. On this day in 1937, legend has it that, as he watched the stevedores gradually unload his truck bale by bale, and load the ship equally slowly, he dreamed of a day when the whole truck trailer could just be lifted onto the deck in one motion. His dream would have to wait almost 20 years.

Young McLean proved himself an innovator in the trucking industry. By 1945, he had 162 trucks, hauling primarily textiles and cigarettes from North Carolina to the northeast. When soldiers returned from World War II, they were eligible for GI loans to finance vehicles, including trucks. He offered them haulage contracts as independent operators, allowing him to indirectly benefit from the financing offers. In this way, he added 600 more trucks to his fleet between 1947 and 1949. In those days, before the Interstate Commerce Commission was eradicated, the ICC had full control over where truckers went, how much they charged, and what they carried, all in the name of “fair competition.” Competitors could protest any move you made—in a committee room that took forever to make decisions rather than in the fast-moving marketplace dictated by customers. His trucks carried RJ Reynolds tobacco to the northeast by roundabout routes, and usually came home empty, since he did not have the ICC authority to bring other goods home. McLean bought or leased other truck lines to gain better routes and freight rights. Above all else, he was always seeking efficiencies: ways to lower his costs and thereby lower his rates, although the ICC sometimes rejected his applications to charge less (the other truckers and the railroads fought him all the way). By 1954, McLean Trucking was the eighth largest US trucker in revenue, but third in after-tax profits.

But McLean never stopped thinking about how to make ocean shipping more efficient, how to skip all that loading and unloading that took at least eight days on each end of each ship’s journey. This idea was not his invention—in 1929 ships took railcars to Cuba, and the military had experimented with small containers during World War II. To all that studied the issue, the problems seemed intractable: tight government regulations that stifled creativity, powerful longshoremen’s unions who would fight to protect their jobs, ships that were not built for containers, docks that could not handle container ships and had no cranes to lift such heavy loads, no money to do any of this, and on and on. Not only would changing the system take lots of money; it would take lots of persuasion. Others could not see through the fog. But to McLean, “It just made too much sense.” His colleagues report that he could not see problems like others saw them—he took big issues and broke them down into components, which he attacked one at a time.

Realizing that oil tankers traveled with empty top decks, in 1955 McLean bought an oil tanker and added a steel deck. On April 26, 1956, the ship Ideal X sailed from Newark toward Houston with a whopping 58 containers on board. As he watched the ship sail, one top longshoremen’s official reportedly said, “I think they ought to sink the sonofabitch.” Despite all the prior experiments, this was the birth of successful containerization. It was driven by a man who thought in terms of systems, of how to integrate things and make them happen, rather than only in terms of the individual components.

In time, McLean acquired the Waterman Steamship Company of Mobile, Alabama, as a base of operations. The ICC said he could not be in the trucking business and the shipping business at the same time, so he got out of trucking. His friends thought him nuts. A young banker at First National City Bank of New York (now Citibank/Citicorp) named Walter Wriston agreed to finance the purchase of Waterman with a $22 million loan, but his bosses rejected the deal as too risky. McLean went to the bosses, made his case, and in reference to Wriston said, “He may just be a trainee, but he’s going to be the boss of both of you pretty soon.” He got the loan. Wriston, considered by many to be the most important commercial banker of the late 20th century, went on to preside over the giant bank from 1967 to 1984.

One of McLean’s key moves was to not patent the container. Instead, he backed the people at the Fruehauf trailer company to develop the containers and insisted that the technology be made available to the entire industry, including all his competitors. But they all thought he would fail, that containers would never make it. Over time, McLean made peace with the longshoremen and with the all-important ports. His later ships could carry over 200 containers. By the mid-1960s, the Port Authority of New York committed to spend $332 million to build a container port at Elizabeth, New Jersey. In April 1966, in his first transoceanic sailing, McLean’s Sea-Land Service sent a ship from Port Elizabeth to Rotterdam, arriving four weeks faster than any prior ship when loading time was included. The Dutch shipping executives booed McLean and his team when they celebrated, but shippers loved him; the clock could not be turned back.

By the late 1960s, Sea-Land was highly profitable. It played a key role in delivering supplies for the Vietnam War. In 1969, McLean sold the company to his old friends at RJ Reynolds for $500 million, of which he received $160 million. He joined their board but was soon uncomfortable and resigned the position, saying “I am a builder and they are runners.” His empire later ended up in the hands of the CSX railroad and the Maersk shipping lines.

Never idle or lacking for ideas, in 1978 he got back into container shipping, raising $1.2 billion for 12 super-large “Econoships,” which could hold over 2,000 TEUs each (TEU stands for “twenty-foot equivalent units”; containers are either 20-foot or 40-foot). His idea was to have giant ships circling the globe at the equator, with smaller ships loading and unloading the giants. But this time the tide temporarily turned against him. Falling oil prices hurt his competitive advantage, and shipping price wars broke out. In 1986, when he was 73, McLean’s new idea resulted in one of the biggest bankruptcies in history up to that time. This man was in many ways an entrepreneur’s entrepreneur—dreamer, doer, calculated risk taker. He died in 2001.

But what did McLean give us? Did he really change the world?

Based on numerous sources, it looks like containerization, once widely accepted, reduced shipping and loading costs by at least 80 percent, and perhaps 90 percent. In the old days, freighters spent up to two-thirds of their time in ports, loading and unloading. Port turnaround times, which were as high as three weeks, dropped to 24 hours. While still a problem, the rates of merchandise theft dropped dramatically once the goods were sealed away out of sight, untouched by human hands from origin to destination. Containers also took the place of many warehouses—they are their own warehouse, and retired containers are now being used to build houses for humans as well.

By 1996, the largest container ships could hold 5,000 TEUs, far more than even McLean’s “Econoships.” His ideas of loading and unloading around the globe became real. Today the largest new ones can carry 19,000 TEUs (though no ports in the western hemisphere can handle ships that large). There are over 30 million TEUs in use worldwide, with five to six million in transit at any given time. (An estimated 27 containers a day, 10,000 a year, fall off ships, usually due to high seas—but still a tiny loss relative to the traffic!)

The bottom line is that world commerce could not take place the way it does without McLean’s innovation. Cold beer comes from Germany in refrigerated containers, just-in-time auto parts move around the world, and fresh fruit from the tropics arrives on our table—all for far less money that it would have cost under the old system. The final cost of products from around the world is 5 to 10 percent less due to containerization, saving the world hundreds of billions of dollars.

Especially impressive was McLean’s integrated systems thinking. He saw himself in the transportation business, not in trucking or shipping. He understood that business was not just processes and numbers, but it was dealing with people, with unions, government regulators, competitors, and customers. Malcom McLean put it all together, like King C. Gillette and his razors and blades, Steve Jobs and iTunes, and George Eastman and his film development service with reloaded Kodak cameras shipped back to the customer in ten days. He built a platform. Not many entrepreneurs and inventors think this extra mile. And he had the confidence and persistence to pursue his impossible vision until it became real. Of McLean, Wriston later said, “Malcom McLean is one of the few men who changed the world.”

Gary Hoover was a cofounder of Bookstop and Hoovers Inc., and serves as executive director of the American Business History Center. He is the entrepreneur-in-residence at the School of Information at the University of Texas. His writings can be found at www.Hooversworld.com.