“Age is just a number, and it needn’t define who you are: your worth, your interests, nor your behaviors,” according to Dr. Erica Miller. That’s the central message of her book, Chronologically Gifted—Aging with Gusto: A Practical Guide to Healthy Living to Age 123. Dr. Miller, who holds a PhD in clinical psychology and ran a chain of mental health clinics for nearly 40 years, believes the appeal of her book is for younger audiences—individuals in their 20s, 30s, 40s, and 50s who recognize they have a say in how they grow older.

Dr. Miller is 86 in calendar years, but few people would believe it. Although she is a Holocaust survivor, she is not a victim. She has chosen to live her life with guts, grit, and gusto. Having climbed to the 17,000-foot-altitude base camp on Mt. Everest in 2018 and gone skydiving in New Zealand for the first time the same year, Erica Miller is a role model for those who want to remain vital throughout their lives and become super-centenarians.

“Young people are inspired by my energy, enthusiasm, and passion for life. I don’t feel like an 86-year-old. In fact, some people who are 46 years old act (and maybe even feel) like they’re 86. By the way, Carol Burnett is just a few months older than I, and if you don’t know who she is, I hope you look her up. She’s still doing her thing.”

Here’s an interview with Dr. Miller who shares the secrets of living long and well for people of all ages.

Dr. Miller, you said aging is a decision. That seems crazy! Every time you have a birthday, you’re a year older. What are you saying?

People around you (family, friends, and colleagues) might have certain higher numbers attached to their ages. Numbers are helpful, but they are quantitative. The best way to think about aging is qualitative. Living well is not only more important than living longer; living well means choosing how you live longer. One secret to longevity is having an upbeat attitude, being positive and optimistic, and practicing good habits as well.

In your opinion, what are some examples of good habits?

In my book, Chronologically Gifted—Living with Gusto, I have entire chapters about the spiritual, mental, and physical habits that let people live longer and better. They are not new. Exercise, sleep, and diet are always at the foundation of the pyramid, but trying new things like maintaining curiosity, staying engaged with one’s community, making your home a personal sanctuary, and keeping a positive attitude are all a part of the mix. Starting new habits is difficult but not impossible. In the past decade, many books have been published on these topics, by people from Charles Duhigg to Daniel Amen to BJ Fogg. There seems to be renewed interest in the topic.

What do you say to those who believe they have plenty of years ahead of them. Why should they start developing healthy life choices now?

Very often, that’s what younger people think. Here is the problem with that position. Your eating, exercise, and sleep routines at any age affect how old you feel. Your nutrition, workouts, and a good night’s rest will enhance your concentration, your energy, and your ability to learn, work, and play. They transform your capacity to live longer because they build good habits! Starting good ones when you’re young is easier than breaking bad habits later.

Surrounding yourself with the right people is important as well. You might have people you know or work with who act a lot older than they are. You don’t want that to happen to you, and their old-age mentality can be contagious! Meanwhile, people who are 60 or even 80 years old may bring a lifetime full of experiences and different ways of thinking to the work they do and the way they lead their life. Choose role models who enrich your life experiences by sharing theirs. Their “youngness” is contagious, too, and that’s good.

Medical science is making a lot of breakthroughs. We’re already living longer because of them. Why do we have to pay so much attention to living a healthy life?

You’re correct, we are living longer. According to the US Social Security Administration, males and females who are 30 to 45 years of age could live to be around 82 to 85 years old, depending on their lifestyle, habits, etc. The same website says that on average, a woman turning 65 today can expect to live to be 95; a man of the same age can expect to see 84 years of age. My role model was Jeanne Calment, a French woman who lived to be 122. I plan to die at 123. If I can do it, so can you.

Another thing to consider is that Baby Boomers are staying in the workforce longer than before. That means the Generation Xers and Millennials and even Gen Zers are competing with Boomers for jobs, and are working with Boomers in many industries. The Boomer generation is working past the traditional retirement age of 65 because they are afraid Social Security won’t support them through their late 80s and 90s. We can assume that people in their 30s and 40s today will also have to stay healthy to work past traditional retirement years.

I wonder if that will be a problem for younger workers. Could they see older people as inflexible or set in their ways?

I don’t think we should be “getting older people to change.” We may have to change ourselves. Trauma, loss, and disappointment happen in life, but rather than wallow in it, the best way around it is through it. My advice is, don’t live in the past or worry about the future. Stay in the present, and look for ways to adapt and change. While my family was in the concentration camp, my mom and I washed our hair with gasoline to keep the lice from multiplying. We had to become resourceful and flexible. Later, I pursued my doctorate despite society’s belief that a woman’s role was in the home. I’ve had many setbacks, but whatever the situation, I looked for ways to keep going.

Along with guts and grit, enjoying the good life requires being grateful and not accepting the stereotypes associated with “old” either for yourself or for others in your life. In my book on aging, I ask the question, “What does old really mean?” From my research, I found that old is one of those words that has both positive and negative connotations, depending on the context in which it appears. Aged wines are better than young wines. Unfortunately, when we apply the word aged to people, many of the associations are negative. Terms like obsolete, weak, or irrelevant, for instance, or phrases like past their prime or over the hill sneak into our consciousness. Don’t let them. And while wise, mature, seasoned, or experienced are handy euphemisms, they’re also a little stuffy. I prefer words like feisty, courageous, hip, and even quirky, which all go against societal typecasting for the, um, ‘senior citizen’ set. Think about the Robin Williams character “Mrs. Doubtfire,” and you’d be on the right track. Remember the soccer-playing scene? That’s it!

If you could change one thing about aging and ageism in this country, what would it be?

People in the US carry a lot of stress with them. Everyone seems to be in a hurry, but they’re in a hurry to be something they’re not. Taller. Shorter. Skinnier. Richer. Younger. Happier.Less busy.If everyone worried about simply feeling better without comparing themselves to their neighbors, they would have more energy to think creatively about living a life with gusto, enthusiasm, curiosity, and creativity—in other words, deciding to stay young.

As for me, I travel, write books, give lectures, appear on television, and give keynote speeches all over the world. Numbers mean nothing. As I said, I’m going to live to be 123 years old.

For more information about Dr. Erica Miller and her three books (Chronologically Gifted—Aging with Gusto, Don’t Tell Me I Can’t Do It! and The Dr. Erica Miller Story: From Trauma to Triumph), published articles and “Get Inspired” wisdom, please visit www.drericamiller.com. 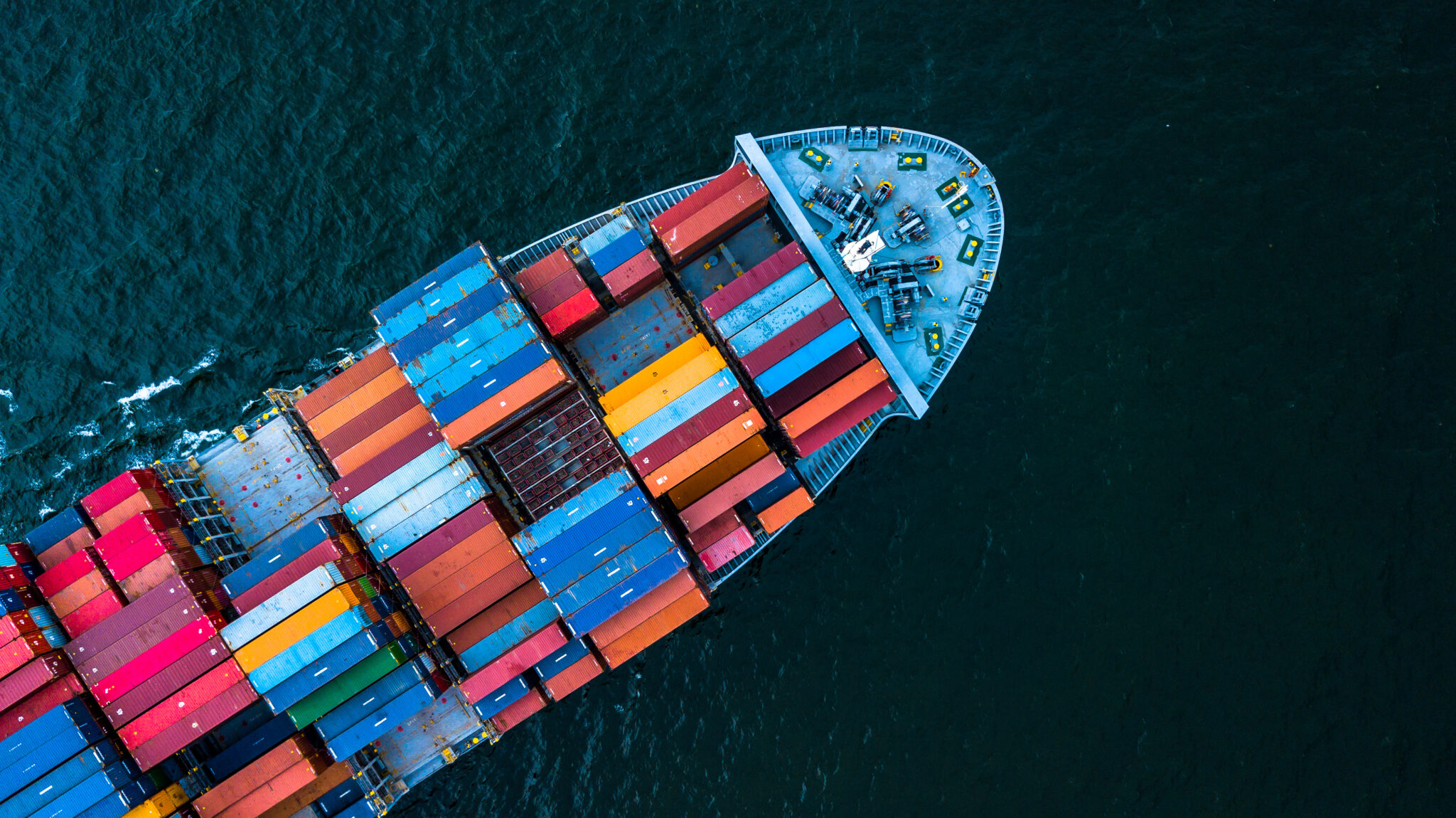 7 Steps to Reinvent Your Supply Chain...