The past two years have been difficult, but the path forward is encouraging!

The Texas economy was in the midst of a historic expansion in early 2020, when the COVID-19 pandemic hit. In just two months, nearly 1.5 million jobs were lost. Since that time, a recovery has ensued, and many parts of the state have reached or exceeded pre-pandemic employment levels. Issues remain, but the recovery is well conditioned to continue (as long as another major outbreak of serious COVID-19 cases requiring retrenchment of business activity can be avoided).

Looking ahead, effects such as supply-chain issues and sluggish activity in oil and gas will likely linger for over the coming months, slowing the rate of expansion to some extent in the short term. Even with these near-term challenges, however, the outlook for the state remains favorable, with underlying strengths such as the future prospects for the energy sector, a young population, and continued growth in technology-oriented sectors contributing to potential long-range expansion.

During normal times, the energy sector contributes about 13 to 14 percent of total business activity in Texas. The industry is a major source of jobs and investment, not only in producing areas, but across the state. Suppliers, service companies, headquarters operations, pipelines, refining and petrochemical facilities, and a spectrum of other related operations lead to business activity in many Texas communities. Oil and gas are also key state exports, whether in crude or processed form. Even though the Texas economy is large and diverse and becoming more so all the time, energy remains a major component, and the outlook for the sector is an important determinant of future overall performance.

Oil prices have more than doubled in the past year and have regularly closed above $70 (and at times above $80) per barrel in recent weeks, something that had not happened since 2014. Although high oil prices ripple through the economy and contribute somewhat to near-term inflation, they also encourage additional activity in the industry.

Activity in the energy sector has increased significantly since the depths of the pandemic, but the response has been somewhat muted. Through much of 2018, the last time prices were near this level, a $65 to $75 range was sufficient to push Texas rig counts to well over 500. Recently, there were only about half as many rigs running. There are myriad reasons for this phenomenon. Many firms are dealing with financial fallout from COVID-19 market chaos, and drilling programs require massive capital commitments. The green energy movement and potential policy initiatives have increased uncertainty. Changes in drilling practices are also relevant, as are backlogs of wells drilled but not yet completed. The market is rife with complexities in the best of times, and the current environment adds even more layers.

Despite the slower response and uncertainties in the market, it is clear that oil and gas will remain crucial to future energy dynamics for decades to come, and petroleum supplies are essential to reliable and affordable energy in the world’s advanced economies as well as in developing nations. While renewables have a vital role and climate change is very much a reality, any reasonable look ahead at the global landscape indicates that conventional fuels (with lower emissions) will be essential to meeting future needs—despite what you may hear to the contrary. Over an extended time horizon, the industry will grow, although the pattern is likely to be uneven (as always).

Demographic patterns also favor long-term growth. The 2020 Census indicates that US population expansion is slowing, with the 2010–20 decade one of the slowest on record. The number of young people (under 18 years old) also declined, with over a million fewer in the age category in 2020 than there were in 2010.

In Texas, however, total population rose from 25.1 million in 2010 to 29.1 million in 2020, a four-million-person increase. The state’s 15.9 percent expansion is more than double the US rate, due partly to births and partly to in-migration from other parts of the US and elsewhere.

Of particular importance, the number of residents under 18 in Texas rose by nearly 413,000 (6 percent) between 2010 and 2020, in direct opposition to the substantial national loss. This solid growth in the number of young people positions the state well for economic expansion, as long as sufficient attention and resources are directed toward ensuring top-quality education from public schools and beyond, through higher education and technical training. Workforce availability was a major issue before COVID-19, has been of late, and will be even more critical going forward. Young Texans constitute the raw material for a prosperous future; transforming them into the knowledge workers that will define the economic landscape of tomorrow represents both an enormous opportunity and a daunting challenge.

Technology-oriented industries and advanced manufacturing are another source of future expansion. High-profile locations and expansions in the state are setting the stage for continued development of related and support industries. Emerging industries complement expansion in the state’s long-time cornerstone sectors, enhancing future performance.

These and other strengths position the state well for both short- and long-term growth. The Perryman Group’s most recent projections indicate Texas real gross product is expected to expand by 5.44 percent in 2022. Job gains are projected to be approximately 354,200 next year.

The Perryman Group’s long-term forecast for the Texas economy indicates growth in real gross product at a 3.43 percent compound annual pace, leading to an increase from approximately $1.7 trillion in 2020 to over $4.0 trillion in 2045. Almost 6.8 million net new jobs are expected to be generated over the period, a 1.72 percent annual rate of growth. Total employment in 2045 is projected to reach 19.5 million. Real retail sales and real personal income are expected to increase at 3.48 percent and 3.57 percent rates, respectively.

The services sector will continue to drive job growth; the sector includes professional and business services, education, healthcare, accommodations, and food services. Many of these segments were hard-hit by the pandemic but are returning to the forefront of future employment patterns. The wholesale and retail trade segment is also expected to add substantial numbers of jobs. Real gross product expansion will likely be concentrated in mining, services, and manufacturing.

Prior to the pandemic, Texas was among the fastest-growing states in the nation. Although the economy has suffered a notable setback, the lost ground has been regained. The long-term outlook remains positive. There are challenges to be sure (such as education, infrastructure, restrictive social legislation, and major demographic shifts), but there are also myriad competitive advantages that have served the state well for decades (including, among others, favorable cost environment, location, available workforce, diverse industrial mix, regulatory climate, and world-class development programs). In short, Texas is likely to remain among the world’s strongest economies for decades to come. 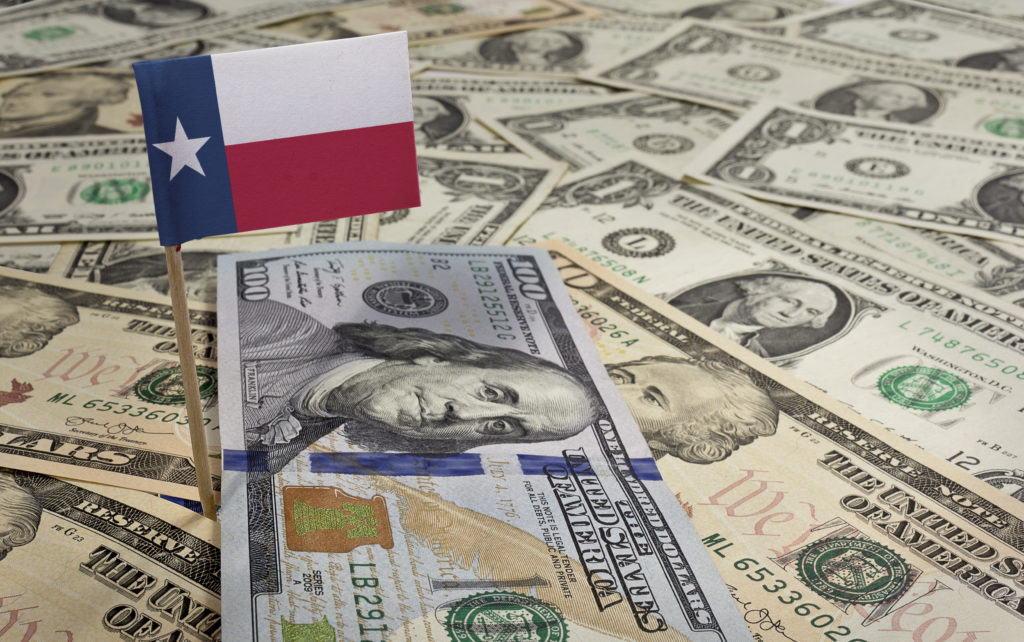 The Short-Term Outlook for the Texas Economy