When Shama Hyder graduated with a master’s degree from the University of Texas, she was ready to jump straight into the workplace. She envisioned herself working for a large company, learning the ropes and contributing to that business’s success. Instead, she found herself in a business world where getting a job seemed to be an impossible task. After no fewer than 15 unsuccessful job interviews, Hyder decided to take charge of her future and bootstrap her own consulting business, Marketing Zen. She started without one particular area of consulting in mind, hoping to serve as a general business consultant however she was needed. But it wasn’t long before she found her niche in the marketing field, specifically in social media and online marketing. 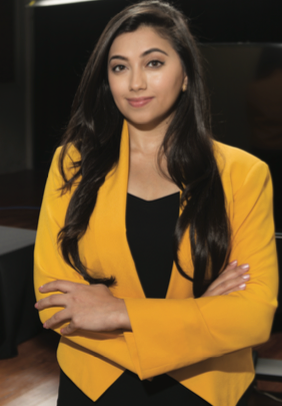 In the early days of running her own business, Hyder went on speaking tours, where she found she fielded numerous questions about and pleas for social media marketing help. Hyder was undoubtedly successful and experienced in this field–she focused on using affordable marketing tools, such as Facebook and blogs, to spread the word about the businesses she consulted for online, as well as for her own business. As Hyder became more and more recognized as an expert in the field of social media marketing, Marketing Zen quickly grew, expanding in personnel from Hyder alone to four employees in 2009 and 24 in 2010.

As demand for her social media expertise grew, Hyder was approached by a book publicist and decided to write a book, “The Zen of Social Media Marketing,” a 100-page guide to making the most of online marketing through various social media platforms.

Awards have poured in for Hyder since she began Marketing Zen. She was named one of America’s best young entrepreneurs by Bloomberg BusinessWeek in 2009. Just months later, the Dallas Women’s Alliance of Technology presented Hyder with a Technology Titan award, making her the youngest person to ever be nominated for the award.

Hyder’s passion for social media marketing and determination as a business person have only continued to grow, and so has Marketing Zen. The company now employs 30 people, all of whom work remotely, and passed $1 million in revenue in its third year of business.

“It’s been a pretty crazy ride,” Hyder says. “We’ve grown dramatically and we continue to grow.”

One of the reasons Hyder cites for Zen’s impressive growth is her refusal to pigeonhole her own company’s brand. Hyder will work with clients in any industry, rather than focusing on just one area of expertise. Instead she applies her creativity from one industry to another. Hyder knows she can never meet her clients’ depth of experience in their respective fields, so she instead chooses to focus on bringing her creative ideas to the table. It’s the area in which she excels, and it’s a strategy that’s paying off.

“Our clientele is across the board, we work with Fortune 500 companies to privately held companies; DFW airport is a client of ours. It’s amazing,” Hyder says. “The footprint’s gotten bigger and bigger and the demand has definitely been there.”

Marketing Zen still does not have a sales force. All of their clients come to Zen through word of mouth or some other means, looking for marketing assistance.

This spring, Hyder’s first book will enter its fourth edition and is currently used as a de facto text book in some college classrooms. Joining that will be her second book, “Momentum: How to Propel Your Brand and Transform Your Marketing in the Digital Age,” which is also due out in the spring.

Besides penning helpful business how-tos, Hyder has relaunched her YouTube channel, Shama TV, on which she releases weekly videos offering her marketing and business advice. Topics range from marketing for Millennials and raising business funds to working with Facebook and getting started writing a book.

Hyder spends her workdays advising people on business practices, and it’s something she is happy to do with the rest of her time, as well. Her advice for bootstrapping and growing a new business is multi-faceted.

For starters, she recommends finding an area where your passion meets a demand before jumping into a new business.

“While I’ve always been passionate, we’ve also been really lucky that the demand has been there,” Hyder says.

She also believes that immersing herself in her field has helped her grow her own reputation as an expert. Hyder suggests new business people read every book on their field they can get their hands on, and attend as many conferences as possible.

“We’ve continued to keep a student mentality throughout this and just constantly learn,” Hyder says. “Because the industry changes so fast.”

Besides constantly learning and staying on top of new trends in the industry, Hyder has always used these conferences as an opportunity to network and grow relationships in her field. In her early days as an entrepreneur, she’d take extensive notes at conferences, then readily offer them up to share with potential colleagues, making important connections while providing value to others.

There’s a reason the title of Hyder’s latest book is “Momentum.” She feels forward movement is an essential part of starting off any new business.

“Momentum is everything,” Hyder says. She recommends new entrepreneurs start making any money as soon as possible to kickstart momentum and provide motivation to keep going.

As far as her own success, she also credits her consistency—the fact that she has never given up, never pulled back, but always kept up that momentum in a way that has made her a reliable member of her industry.

“Consistency pays off. It’s the least sexy word in business, but it’s so important,” Hyder says. “It’s a lot of hard work in the making, it’s the 80th newsletter that goes out, the 110th video you put out there. Consistently creating visibility and walking the talk.”