Millennial CEOs are arriving on the scene in greater numbers, and they’re shaking up the business world as they climb to the top. Business experts track the things Millennial employees value in the workplace, such as innovation, cutting-edge technology, flexible work schedules and a business purpose that inspires, hoping to attract these up-and-coming young workers. But how does a Millennial CEO work with employees from their own generation as well as those from other generations? Texas CEO interviewed four young business leaders from across the state to discover their individual leadership styles and skill sets and determine what they might be doing differently in the challenging but rewarding world of organizational leadership.

In his book, Primal Leadership, author Daniel Goleman details six different leadership styles: visionary, coaching, affiliative, democratic, pacesetting and commanding. Between the four CEOs interviewed, all identified themselves as either visionary, democratic, and pacesetting or some combination of the three.

Goleman says a CEO with a visionary leadership style is most useful for taking a company in a new direction and moving a team toward new goals. “Visionary leaders articulate where a group is going, but not how it will get there – setting people free to innovate, experiment, and take calculated risks,” Goleman writes.

A democratic leader, according to Goleman, brings a team together through commitment to a plan, drawing on employees’ knowledge and skills. This is helpful with a business that is struggling with its path, since a democratic leader is able to step in, access the group’s collective skills and make a new game plan.

The pacesetting leader, Goleman says, sets a high benchmark for a team’s performance. A pacesetter can be “obsessive about doing things better and faster,” Goleman says, warning that pacesetting can also lead to reduced morale if employees feel they are falling short of expectations.

Dr. Vicky Gordon, an executive coach specializing in leadership development, interviewed 20 of the top CEOs in the U.S. and came away with a list of the top skills the next generation of CEOs will need to bring to the workplace.

Her list includes being a master of communications, which means being ready to adopt to new communications technology, such as social media, and reducing complicated information into a simple message. Also important is to be a global citizen who’s able to see beyond the U.S. borders. Remaining ambidextrous and clairvoyant is crucial to being a CEO in the next generation, as leaders need to anticipate upcoming events and be able to navigate them calmly and cautiously.

It’s important for these leaders to be inspiring and influential to their staff as well, to create and drive passion in leading by example. Lastly, but just as crucially, an up-and-coming young leader must maintain integrity – making customers, employees, investors and the community at large their number-one priority. These Texas Millennial CEOs each considered which of these skill sets they bring to the 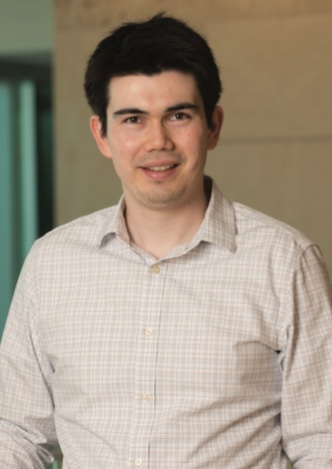 table and touched on their views of how collaboration across generations works within their companies. Meet Frank Mycroft.

Some days you pull into the parking lot at work with your car running on fumes. But you’re in a hurry to get into the office, and you figure you’ll just gas up after work. Then after a long and exhausting workday you get back in your car ready to go home and kick back . . . but, you have to make a stop at the gas station on the way home. In rush hour traffic. It’s inconvenient and it’s frustrating, but it also just might be a thing of the past.

It already is for customers of Booster Fuels, the brainchild of Fort Worth-based Millennial CEO Frank Mycroft.

Customers of Booster Fuels who find themselves in need of a refill simply park their cars at work, open an app on their phones, press an “I want fuel today,” button, then leave their fuel doors open. At the end of the day, they’ll find their vehicles gassed up and ready to go.

Mycroft incorporated the company in 2014 with his co-founders Diego Netto and Tyler Raugh, and business began in the summer of 2015. With 20 employees currently, Booster Fuels focuses on delivering gas efficiently to groups of people, such as employees at large companies in the parking lots.

“We are very selective about the businesses we invite to use our service,” Mycroft says. “Our drivers don’t go from one part of the Metroplex to another, but rather go into a single lot from car to car.”

Boosters’ fuel trucks aren’t as large as you may be picturing – they can fit in an average size parking space, allowing them to access cars throughout the Dallas-Fort Worth area. The fuel trucks are still highly visible, though, as they’re painted purple in an homage to the fuelers on aircraft carriers, bringing a little history to this cutting-edge refueling business.

You also might think that such a service would come at a premium price, but Mycroft says his customers can actually save five to 10 cents per gallon over fueling up at a gas station. Booster Fuels focuses on getting top quality fuel, the same as you’d get at an Exxon or Shell station, but getting the best possible price and passing on savings to customers.

Mycroft has attracted marquee investors with his novel approach to refueling, including Ross Perot, Jr., who had the idea to start the business in Alliance and Fort Worth, and Microsoft co-founder Paul Allen. Additionally, Maveron Venture Group out of Silicon Valley raised $9 million in capital for Booster in January.

“The experience of filling up your tank has not changed in 40 to 50 years,” Mycroft says. “We’re using modern technology to change the way we refuel.”

One of the hardest challenges Mycroft faces in running Booster is making the public comfortable with such a huge change in a process so steeped in history.

“This is such a different way of doing things, and changing consumer behavior is hard,” Mycroft says. “Once we get someone to try our service, they’re hooked and they don’t want to go back.”

It isn’t surprising that Mycroft considers himself both a visionary and a pacesetter. He says he’s always been a dreamer with vision and he even worked in the space industry building spacecraft before starting Booster.

The pacesetting comes in frequently as Mycroft sets ambitious goals for the company and sticks to them. He says he feels having those targets in sight allows his employees to work without needing too much direction or commanding.

“People can make their own decisions about what’s best for the organization today and how they can push the group forward today,” Mycroft says.

He also isn’t afraid to repeat himself and communicate his goals to his staff over and over again through different means, to make sure he reaches every member of his team. 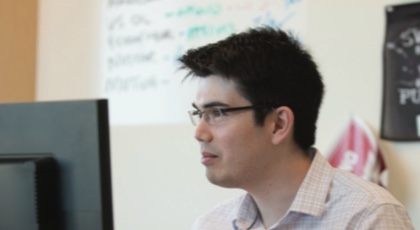 For instance, safety is top priority at Booster Fuels. To keep safety on the front burner, Mycroft ensures that safety is mentioned first at each and every meeting. He sets weekly awards and offers recognition for safety achievements. He wants to make sure it’s number-one in everyone’s mind no matter what else they’re working on.

“The results speak for themselves,” Mycroft says. “We have a perfect safety record.”

An ambidextrous leader has to be able to keep on top of the business even when things go haywire, by predicting possible issues and always staying informed. Mycroft is adept at thinking on his feet and making quick changes to stay aware of his customers’ needs.

“A good leader has the pulse on all the left and right brain functions and knows where to apply pressure at the right time to keep everyone moving in lockstep,” he says.

Part of that is being one step ahead, which can be tough when starting such a new business in a virtually untapped field. Mycroft says his workdays are a flurry, with communication coming at him from every direction. He manages to stay on top of things while still looking at the bigger picture by setting up a framework to determine what needs his attention first and foremost.

“I’m a big believer that you want to spend most of your time doing the important, but not urgent things and try hard not to let the urgent fires dominate your day,” Mycroft says. “You just won’t make the progress you want if everything is urgent.”

Mycroft inspires his investors, customers and employees with his dedication to his goals. It’s clear he believes in Booster’s mission, and that belief is infectious.

“I believe the best leaders show a human element,” he says. “That’s conveying persistence and strength of will that no matter what happens, we will do this.”

At the same time, Mycroft believes it is crucial to know and show his vulnerabilities, otherwise he feels he wouldn’t be inspiring anyone. He believes in leading by example no matter what.

Growing up as a Boy Scout and an Eagle Scout, Mycroft learned the value of integrity. He has carried the scouting lessons he learned about being honest and trustworthy with him into the business world. No matter how complicated the business may seem, Mycroft is sure to remember that relationships are key, and without them, no company would ever be successful. For him, this means making tough choices about how Booster Fuels is going to grow. It also means being ready to own up to his mistakes and give his employees credit for their successes.

“If you hire the right people and you care about quality and integrity, that will pay big dividends going forward,” Mycroft says.

Mycroft has set some lofty goals for Booster, and he believes they are within his grasp. The business goal is to double revenue every quarter for the next three years. Yes, every single quarter. Mycroft knows it’s ambitious, but says he has the team and the resources to pull it off.

“Once you get beyond the scale of being a very small company, you have to rely on having great people,” he says. “This is a 21st century way to offer a great benefit.”

Employees at Booster Fuels span generations. Mycroft realizes what folks from each generation bring to the table and capitalizes on that, for instance using other Millennials to work on the tech aspect of the business, while putting members of older generations in charge of telephone support, where they excel.

“It’s important as a leadership team to not have a bias to hire people who are you and think like you,” Mycroft says. “Each generation brings in their own set of talent. We celebrate that diversity and they get along well.” 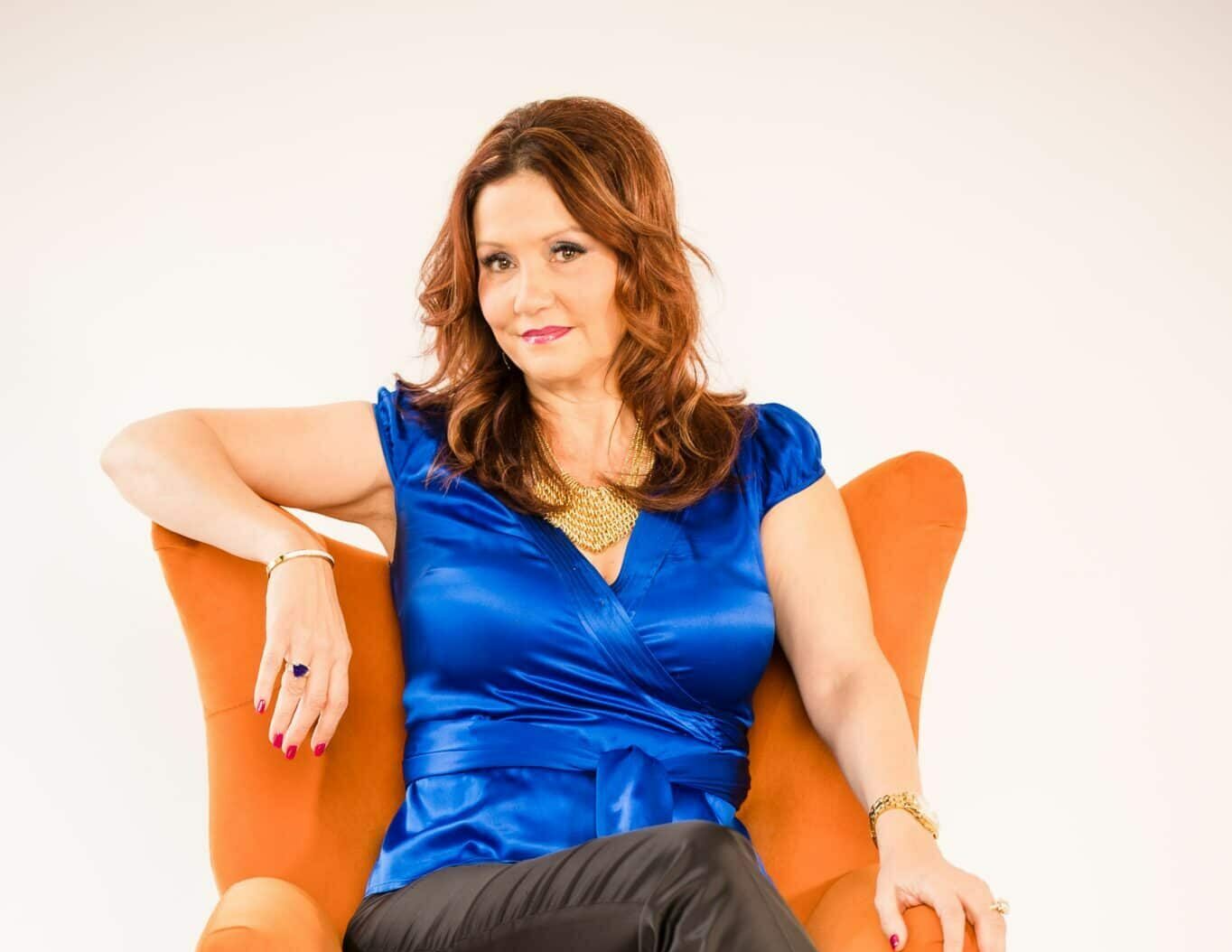