Peter Huff has invested in firms making mannequins, school uniforms, branded packaging, equipment for saw mills, boat covers and steam sterilizers . . . and then there are TV stations, oil & gas waste disposal operators and a tree transplantation service. The current and exited firms in the Blue Sage Capital portfolio are eclectic, and yet they do have a few characteristics in common: they are in niche industries, family owned, close to Texas and at or near industry leadership. 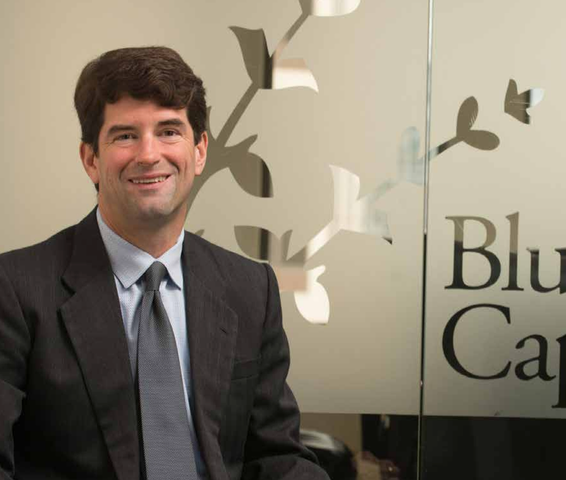 Huff has seen private equity investing go from a fairly quiet industry to a more and more popular one with more competition — especially on the smaller end of the market, where Blue Sage specializes. “Blue Sage,” said Huff, “is a generalist investor. The age of the generalist is slowly coming to an end, which is especially interesting since we’re generalists and we’ve been fairly successful doing it — we are in the minority on that front.”

Why The Generalist Approach

Becoming a generalist investor comes from 20 years of experience for Huff and his ability to see economic patterns develop over time. Huff has witnessed technology markets wipe out, businesses overleverage, hedge funds collapse and the economy tank in 2009. Through all of that, the Blue Sage portfolio companies continued to pay down debt, make payroll and, in a classic offensive play, buy the assets of competitors that had gone bankrupt.

The Blue Sage team thinks broadly, with a long-term approach, and Huff says that makes for a better team. “We come with a lot of different specialties, views and ideas and we like to be able to disagree with one another,” he said. One of the reasons Huff constantly looks for ways to deliver risk-adjusted returns to his limited partners is because he invests his own net worth into the fund. Huff says it’s a good way to keep score by getting paid out when there’s a sale of a portfolio company.

Another reason for the generalist approach is in the numbers — the returns to investors that come from putting money in a Blue Sage fund. The State of New Mexico is an investor and their $7 million investment has a realized return of $26 million and an internal rate of return of 21.7 percent at the end of 2016. Huff said they are talking about starting a third fund.

Huff is well educated — he has an undergraduate degree from Southern Methodist University, where he was first in his class, and an MBA from Stanford. And yet, the most valuable lesson he learned at Stanford had nothing to do with math or science. His most valuable lesson: People matter the most. “You want to think business is like the Hollywood movie where there’s one exceptional person who drives it all,” Huff said. “But in reality, that’s not what happens. In reality, it’s the group. Groups make much better decisions than individuals. I could have five relatively average people and they will probably make better decisions than Einstein would himself.”

For Huff, the best business decisions are made by strong management teams — and the most important word is team. Not only does Blue Sage look for management teams with complementary skills, they also look for complimentary personalities within those teams. All the employees at Blue Sage have had Birkman personality profiles done and their portfolio companies do the same.

“Think about having an entire team full of Super Bowl winning quarterbacks. If you put them all out there, they will lose every single game,” Huff said. “If you don’t have an offensive line and you don’t have receivers and kickers, you’ll be a horrible team.”

Management is Huff’s second most important word. Once Blue Sage has reached an agreement to invest in a company, they set up metrics to measure management success. Often, family owned businesses don’t use institutional management methods like dashboards because family members are only responsible to themselves. When evaluating an investment, Blue Sage looks at the 5 to 10 most important metrics they will track — things like working capital or three-month-forward bookings. The dashboard is reviewed weekly either via a call or a face-to-face meeting.

For Huff, the third-ranking word in that phrase is strong. “I’d rather have a really good, cohesive team that can manage than I would a bunch of people who look good on paper, but are not as strong as a cohesive, high-functioning team,” he said.

With a new corporate structure, new capital and a new level of accountability, a new culture begins to emerge inside a portfolio company. Blue Sage has seen people willing to change and those who won’t. “It ranges from quite easy to impossible,” Huff said. “In some cases we’re just not successful. It’s not from lack of interest or people being lazy — there are only so many variables we can try.”

For the most part, Huff says those in the C-suite and those in the family want to try something new. Owners are looking to grow the business and with Blue Sage risking their capital, owners see a win-win. “They can partner with us and either grow the business with internally generated cash, or with us putting in more money. They can grow their business on our nickel and then generally enjoy the benefits of that growth when we sell,” said Huff.

In the private equity industry, when firms create bigger funds they typically move up market and do bigger deals, rather than more deals. With a $2 billion fund, for example, firms will have the same 10 to 12 portfolio companies as firms with $150 million funds.

Huff sees Blue Sage adopting an execution strategy similar to that of The Riverside Company — they keep their deal sizes smaller, and instead of adding more companies to their portfolio, they create new products under their existing banners and hire more people. The other part of the growth strategy for Blue Sage is to make tuck-in acquisitions for the businesses they own. “We invested in a company about six months ago and we’ve already invested in two tuck-ins for them,” Huff said. “We like those tuck-in acquisitions. If we do 10 platforms, we’d like each of them to have two to three tuck-in acquisitions.”

Once the third Blue Sage fund is created, the new portfolio companies will come to realize what the current group knows — Peter Huff loves what he’s doing.