The notification, however, seems to be more sound than fury and isn’t a step toward US withdrawal from NAFTA. Rather, renegotiation and modernization will likely lead to increased opportunities for middle-market businesses as the administration seeks to operationalize important updates to the recently repealed Trans Pacific Partnership (TPP) trade treaty.

It is important to put NAFTA in perspective. NAFTA was created as a legal and institutional framework for trade and investment flows between the trilateral partners (United States, Canada and Mexico) to promote production, efficiency gains and productivity. The result of the past quarter of a century since its inception has been the development of an economic bloc area that accounts for about $1.3 trillion in trade per year, which equates to approximately $3.6 billion per day. 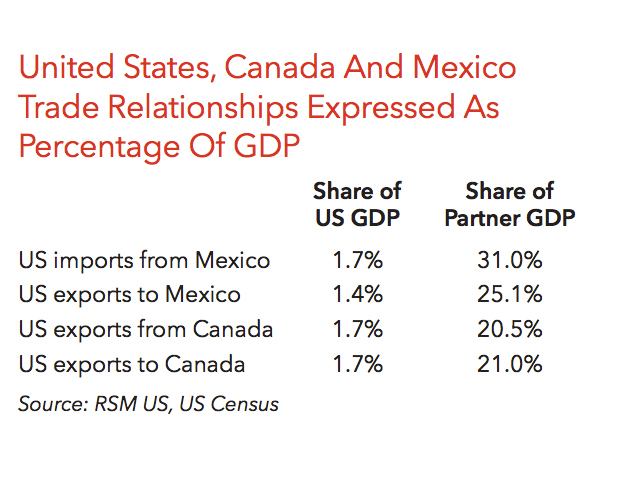 NAFTA featured an unparalleled development of an integrated continental auto supply and value chain, which even today has resulted in a net reduction in the cost of an automobile assembled in North America by $4,300 per car. Of course, NAFTA isn’t solely about automobiles and auto parts. The trade relationships for goods and services have evolved into a robust ecosystem. 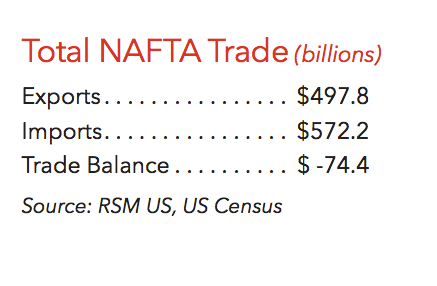 While the looming discussions around NAFTA will likely be the largest renegotiation of the treaty in its nearly quarter-century lifespan, it isn’t without precedent. During NAFTA’s 23-year lifespan, it has been modified 20 times. Moreover, new areas of trade, such as online commerce and other forms of intellectual property rights, didn’t even exist at the time of the treaty’s original formulation and implementation. That alone warrants a new look at modernizing the agreement.

During the first four months of the Trump administration, there’s been a modest evolution in trade policy with respect to NAFTA. Originally, many expected a more rigid stance organized around tighter rules of origin requirements in the auto industry and perhaps tighter labor rules that essentially targeted trade with Mexico. That stance did not materialize. This creates an opportunity to preserve and reinforce existing NAFTA supply and value chains while opening up space for middle-market businesses to gain share within the North American economic bloc. 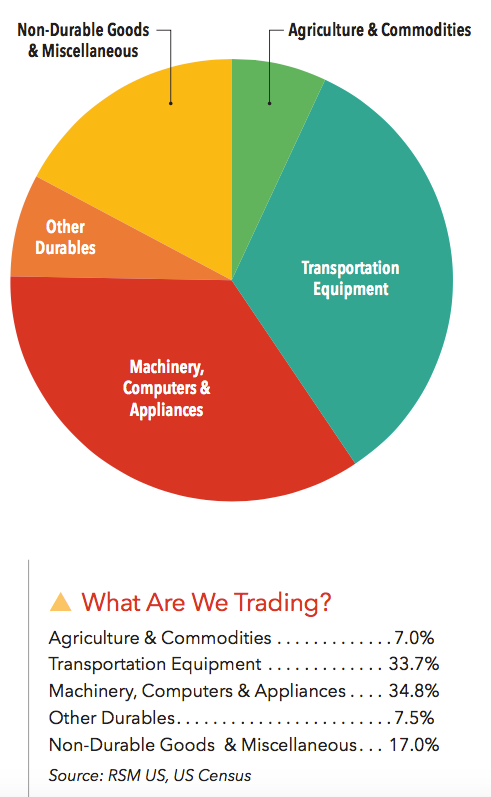 More importantly, it appears that the administration’s new approach is complementary to our Canadian and Mexican trade partners, and the table is being set to reshape the agreement to create new forms of North American economic integration and improved economic efficiency, which should help lower prices and create value-added productivity.

NAFTA Modernization And The Middle Market

Statements by Commerce Secretary Wilbur Ross, as well as other members of the administration, have pointed to using the abrogated TPP as a template for modernizing NAFTA. For middle market firms, this represents a major opportunity to take advantage of trade innovations that didn’t exist in 1994 when the original treaty was implemented.

Most importantly, section 24 of the TPP was dedicated to carving out space for small and medium enterprises (SMEs) to fully participate in global trade, while reducing tariff and nontariff barriers that previously hindered their participation.

This approach includes government-sponsored information available online for SMEs to ensure that these businesses have access to detailed data and opportunities that will permit them to better participate in international trade. This would also include government oversight to ensure that the benefits of trade won’t disproportionately flow to large multinational firms.

This innovation stems from the 2012 U.S.-Korea Free Trade Agreement that was designed to include SMEs and help them gain access to a greater share of global trade. This innovation was noticeably successful. Through the end of 2013, trade for SMEs in the beverage and tobacco industries increased by 25.5 percent; leather and allied product manufacturing firms posted a 10.8 percent increase; textile exports climbed 3.9 percent, and transportation and equipment manufacturing increased 3.5 percent. In the lucrative services sector, SME trade increased by 8.4 percent, or $13.3 billion, compared with the same period two years earlier. Royalty and licensing fees jumped 23.4 percent. Travel increased 10 percent.

Beyond the detailed inclusion of sections in the TPP dedicated to improving middle market participation in the global economy, any modernization of NAFTA will, by necessity, be organized around products and services favorable to middle market businesses. New provisions designed to address rapid changes in digital trade and electronic commerce, regulatory cooperation, and intellectual property rights will likely receive the lion’s share of attention in the renegotiation.

On electronic commerce, the TPP provided a template for protecting cross-border data flows, reducing barriers to cross-border digital trade while setting up a framework to ensure data privacy and security. Given the recent problems in global computer hacking, this could be a major win for all three trading partners in any modernization of the agreement.

Ty Beasley is the central region leader for Risk Advisory Services and Managing Partner of the Dallas office of RSM US LLP. 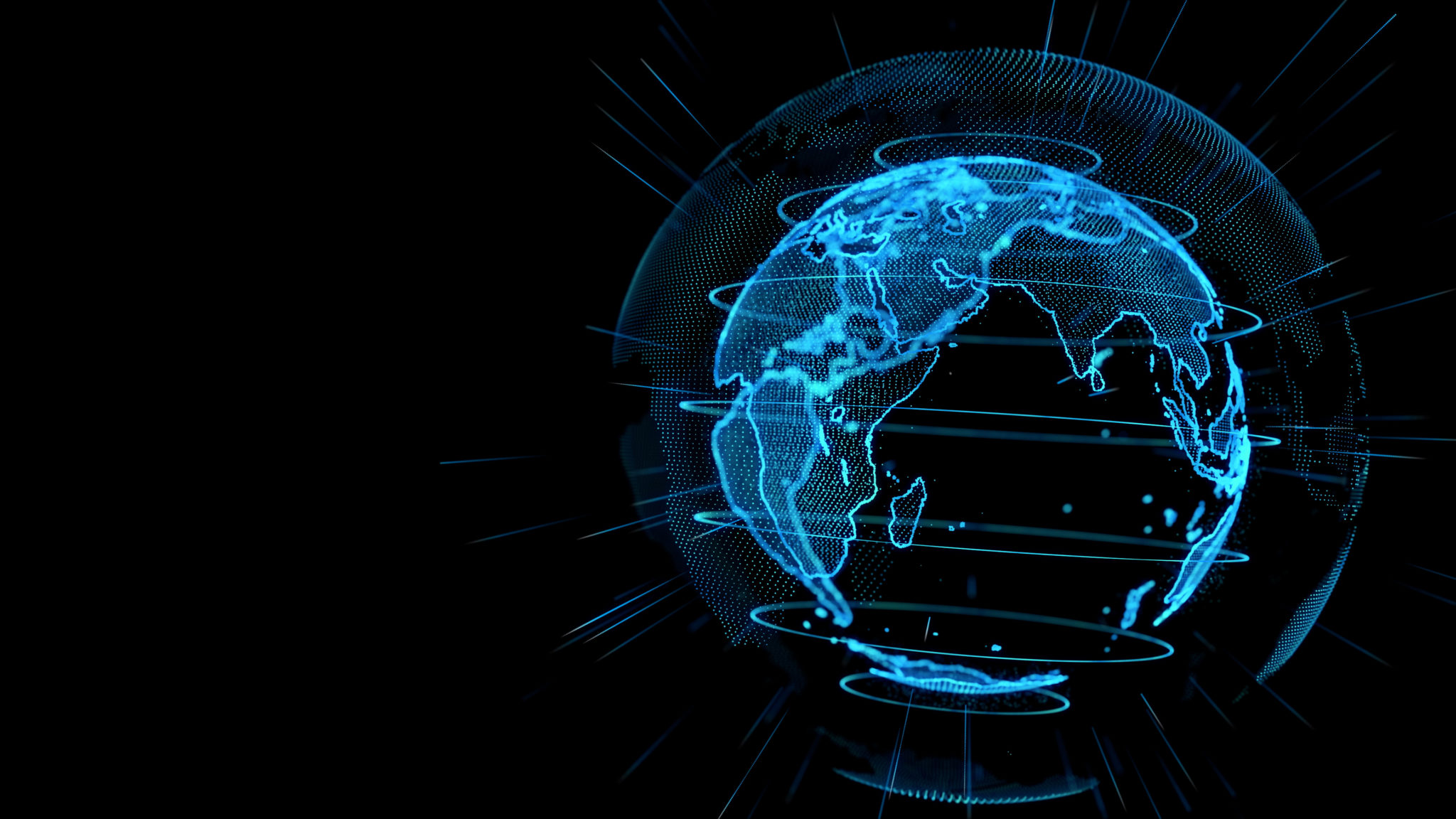 Selling Your Business: What Should You Do...

M&A Transactions: How to Negotiate From A...