There comes a time in the life of every business when the idea of selling gains traction. But selling a business is no simple task — it requires about three years of planning and preparation to make the business as robust as possible and get its valuation as high as it can be. The management team, customer concentration and employee base also need to be exemplary.

At an Enlightened Speaker Series event in San Antonio, panelists illustrated the challenges of preparing for a sale and gave a first-hand account of how it might work.

Are You Ready To Sell Or Prepared to Sell?

Eduardo Berdegué, managing director of Corporate Finance Associates, said the key is to recognize exiting a business is part of the business’ life cycle. Many owners don’t think about the exit until it’s time to retire. But if that’s the case, there might not be enough time to do what needs to be done before retirement. 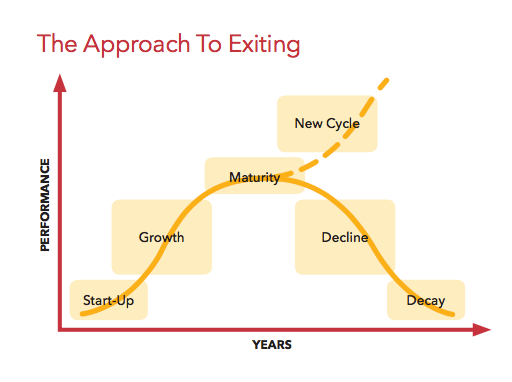 “Having the right approach to exit gives us control over a number of things,” Berdegué said, “including the timing on going to market as well as controlling the timeline of the M&A process that follows.” If the owner is prepared, he or she will have control during the negotiation stage.

“Being ready to sell is not the same as being prepared to sell,” Berdegué added. Preparedness involves planning and seeking advice from a professional consultant. The business owner needs to assemble a transition team consisting, at minimum, of a CPA, a transaction attorney, an insurance advisor, a financial planner and an investment banker.

Then, he said, it’s important to understand the M&A market. Know the level of M&A activity in the industry. Get familiar with the types of structures used to close the deals. Know the industry’s valuation metrics. Sometimes, a business owner will say it’s time to go to market and throw out an asking price. “When we ask why, we may get a response saying that’s what the financial planner said they might need to retire and maintain their current lifestyle,” Berdegué said. “It doesn’t work that way.”

A competitive process is the best way to find out what a business is worth, Berdegué said. He showed a graph based on transactions of businesses with values of $25 to $50 million. “Sixty-eight percent of offers came in at minus 1.7 times to plus 1.7 times the average multiple of EBITDA that was offered,” Berdegué said. “What this means is that for a business with an EBITDA of $1 million, there was a $3.4 million range from the average offer.” For an owner who wants to maximize the value of the business, a competitive process is the way to go, he added.

Next: clean house. Berdegué said financial issues must be settled, documents organized and facilities put in ship-shape condition. Financial records should be updated monthly because buyers will look at the trailing 12 months of results. “Keep an accrual basis of accounting because on a cash basis, it’s very difficult to look at the performance of a business,” he said. He urged owners to avoid concentration among customers, vendors and lines of categories of products and services.

Doing Due Diligence On Yourself

Attorney Will Liebmann of Dykema expanded on Berdegué’s remarks. He emphasized selling a business is a time-consuming process, and the sooner the process is started, the better off the owner will be. In addition to building a reliable team, Liebmann said time must be spent doing due diligence. “The important thing to remember about due diligence is that you have to do it on yourself first, before you bring a buyer in to begin combing through things,” he said.

One area that sometimes surprises sellers is finding out exactly who the partners are. Liebmann said he’s seen situations where a person shows up at closing with a 10-year-old letter that invited them to work for the company for a 25 percent ownership stake. But the person left after a few years, and now expects to collect on that forgotten arrangement. “Those are the sorts of problems that need to be identified well ahead of time,” Liebmann said. “Negotiate with that person to get a release or pay them off before you have a big pile of cash sitting on the table to fight over.”

Other areas ripe for cleanup include contracts and relationships. If a business’ client or vendor base is concentrated, those contracts will need to be updated to make sure they will transition with the business. Long-term relationships based on a handshake agreement should be turned into a legal contract that can be handed to the buyer when the business is sold.

Then there are assets in the business that are not for sale, such as personal vehicles, artwork or real estate. Identify them ahead of time so they are not presented as part of the sale. “I’ve seen this happen late in stage of negotiation where the seller wakes up and says, ‘I don’t want to sell that,’” Liebmann said. “Then it looks like you’re renegotiating the deal.”

Take care of debts and liens, permits and licenses, and legal claims. “Litigation scares buyers. It scares everybody,” Liebmann said. But he added that nothing scares buyers more than an environmental liability. “Trying to deal with environmental liability is scary,” he said. “It’s often expensive and long lasting.” He suggested hiring an environmental consultant and identifying the risk ahead of time, before the buyer discovers it and brings the deal to a grinding halt.

Finally, don’t be too cavalier about the valuation. Find out what the business is really worth. That will help identify the low-ball offers from the ones that are worth pursuing. “The auction process has been proven to maximize value,” Liebmann said. “Think about the type of buyer you want go after. There are two essential kinds: the strategic buyers, and financial buyers.” Strategic buyers are already in your industry They could be competitors or suppliers. “If you’re looking to exit, and you don’t have concerns about what your management team is going to do after the sale, then strategic buyers are good,” he said. “They often offer a good multiple.”

Financial buyers include private equity firms, family offices or venture capital firms. They might want to keep your management team in place for a time. “If you are hoping to keep some of your executives engaged in the business post sale, then a financial buyer might be something worth exploring,” Liebmann said.

And Then The Phone Rings

Scott Hollingshead, the retired president of Advanced Services, went through a sale of his company. He said he went through everything Berdegué and Liebmann covered. Advanced Services offered hard-copy document storage and grew 10 percent per year over 20 years. As his business expanded and he added new buildings as storage sites in San Antonio, he was approached by a company interested in buying.

“I’ve always felt talking doesn’t hurt,” Hollingshead said. “They could offer some kind of crazy 25-time multiple and I’d leave the key under the doormat and thank you very much.” But while the offer seemed fair, it didn’t bring as much to the bottom line as he wanted. He was still bullish on the industry and saw more growth ahead.

But he did learn the prospective buyer wanted to consolidate Advance Services’ locations, which were spread around three different spots in the city. He moved everything into one 10,000 square-foot building near downtown. Then the economic crunch of 2008 and 2009 hit. This turned out to be good for the company, because even downsizing companies needed to store their documents.

But things began to change. After the Enron debacle, companies started shredding documents and better managing what they kept. Server costs were going down, and companies were switching to imaging. “I came to realize I was not wired to run imaging through machines for more than two or three minutes at a time,” Hollingshead said.

In 2015, a publicly traded company interested in the San Antonio market contacted him. Their first offer was not what he wanted, but when it was increased by 20 percent, and the company agreed to lease his real estate, the sale was set in motion. “Of course, there were a couple of skeletons in the closet,” he said. “We had to improve some sprinkler systems but in the end, it was a small percent of the overall deal.”

The closing illustrated what had happened to the document business. Twenty years ago, it would have filled boxes. Now, it was done via email, and the close was a conference call. “In the wrap up the question is asked if you’d like the documents delivered in paper, or do you want the emailed copies,” he said, to laughter in the room. “Both myself and the buyer requested the email copies. I feel like the exit was timed very well.” 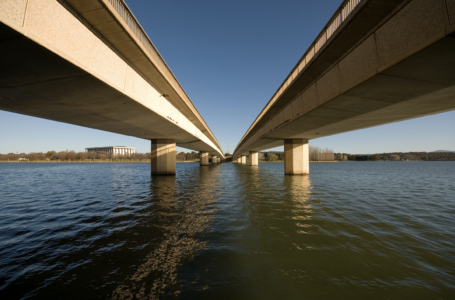