TI CEO RICH TEMPLETON OFFERS A SEAT AT THE ROUNDTABLE

Despite spending the past 35 years at Texas Instruments, with the past 11 in the CEO chair, Rich Templeton isn’t even the longest-working employee at the Dallas-based semiconductor company – not by a long shot. TI has a reputation for keeping its employees around for an impressive number of years; currently the longest working employee has been with the company for nearly half a century.

Keeping such dedicated employees is clearly working for TI. The company made $13 billion in revenue last year, serving more than 100,000 customers in 35 countries and providing the largest sales and support staff in the industry. 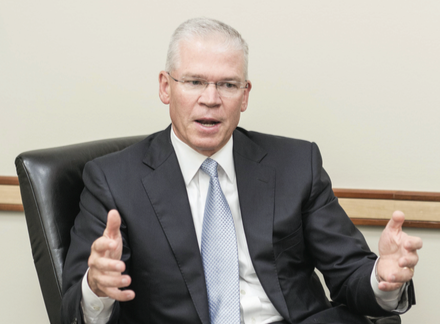 At TI, hands-on workplace training is key to retaining happy and productive employees. Using a rotational system varying from six-, nine- and 12-month assignments, TI trains employees on the job. Employees in training rotate through positions regularly, spending time at many of TI’s international sites, learning the business and traveling across the globe while their lives are flexible.

“You might be assigned to a wafer fab plant in Dallas for a year, then we might have you do an assignment in the Philippines at an assembly operation,” Templeton says. These training stints occur throughout many areas of the business, from finance, sales, communications, HR and manufacturing.

At TI, the dedication to investing in human capital goes beyond this cross-functional training system. One of the business practices Templeton credits most for keeping employees at TI happy is holding regular roundtable meetings and listening.

Roundtable meetings at TI range from eight to 15 people and serve expressly as a way for employees to discuss with Templeton what’s been bothering them at work as well as ask any questions they might have about the state of the company or ideas they have to share. These roundtable meetings last about 90 minutes each, and Templeton holds between 30 and 40 per year.

At these meetings, employees get an excellent chance to talk personally with their CEO – something that doesn’t happen very often at companies as large as TI.

“The depth of questions with a 300-person open forum versus the depth of questions in a small room with 90 minutes and a dozen people is very different,” Templeton says. “If somebody has an uncomfortable question and they are holding it in, they will share much deeper thinking and you can get it out on the table with a smaller group.”

TI roundtables are often broken down into various subgroups, such as specific departments, women only or managerial staff. He says this helps change up the dynamic at the meetings and shows employees that many of them have similar issues even with their diverse job duties.

Developing human capital requires trust as well, and after all of the hands-on training and regular rap sessions, TI employees certainly belong to a close-knit community where they can feel supported and appreciated by their coworkers.

“We are not an ‘ask for permission’ environment,” Templeton says. “People just take initiative here.”

The tech industry, and especially the chip industry, is a place of constant change. This can make most people uncomfortable, but TI employees thrive in their ever-changing environment.

“A number of TI people believe it’s uncomfortable when it doesn’t change, me among them,” Templeton says. “Our people are used to making adjustments, and they can move quickly.”

Employees at TI are comfortable growing and evolving to meet new tech standards and fluctuating customer needs. When looking to the future, Templeton resists getting caught up in concern over buzzwords and trends, such as the Internet of Things. Instead, he focuses on simple technological developments that have huge impacts, such as microchips that turn traditional thermostats into adaptive 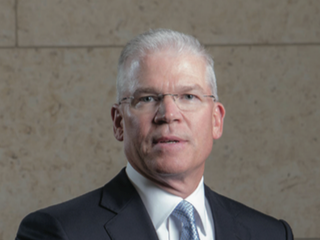 climate-control devices that learn your patterns and cool your home while helping you save electricity.

“The only way you make equipment safer and use less energy is to make it smarter, and that’s our job,” Templeton says.

Templeton has been working with mobile technology for so long, it’s an area that he considers old at this point.

“We started working on that stuff in 1990 when people were trying to guess if we’d get to 200 million cell phone users,” Templeton says. “Today, that’s done.”

What Templeton is excited about is what’s next when it comes to making cars, homes and factories, safer, smarter and more productive.

“It won’t be ‘front cover’ material, and while everyone knows what smart phones are, you go make motors at variable speed embedded in your air conditioners, you will know about the lower bill even if you don’t know about the product,” Templeton says. “It doesn’t mean we’ll be touching them or turning them on, but the world around us will be very different; it’s a terrific time.”

Templeton credits his success to coming into a good business that was set up to succeed. But he knows not everyone walks into such a good situation.

“You will work just as hard in a bad business, and the only difference is the result,” Templeton says. “The hard part is having the courage to say the thing I’m doing today won’t get better and it’s likely to get worse.”

But Templeton urges CEOs to go in fearlessly, claiming it’s the way businesses become stronger and more innovative. One of his fearless business methods includes maintaining a five-year business plan, which can be another challenge for business leaders to create. But Templeton suggests looking to the long term and beyond foundational items, to a company’s ethics, integrity, people and diversity.

“If you don’t have those right, I don’t care where you’re aiming or what you’re working on,” Templeton says. “Those are the things we try to stay focused on for the long term: people, values, physical asset investments. Those are the things that have to be there.”

His advice for new graduates, however, is to spend less time planning and more time doing.

“People who want to sit back and plan a long-term career road map…some may be able to do that, but most of us just need to begin,” Templeton says.

When Templeton began his own decades-long career at TI, many of these programs weren’t in place. He credits challenge and opportunity with keeping him at the company for such a long time. A cycle of challenges and successes helps to keep employees engaged and happy, in Templeton’s eyes.

“The mindset is, ‘Congratulations, you fixed that problem, here’s a new problem—go handle that,’” Templeton says. “For many people, they don’t make a decision to stay at a company for 35 years. They make a decision to be challenged year after year, and before you know it, it’s 35 years later.”

Departments From the CFO

Evolving Incentives For An Evolving Workforce

We Got Sued For What?