THE STRATEGY BEHIND DESIGN STUDIOS

There’s a big new project on tap – it’s going to lift revenues, reposition the company, and expand the brand. It’s time for a design studio workshop. A what? A design studio is something used in art colleges and advertising agencies for decades – right? What’s it going to do for the new product, the new app, the new website?

A design studio is going to insure success. (Figure 1)

How Does A Design Studio Work, Exactly?

Design studios require creative and critical thinking as participants generate and evaluate sketched ideas. The most successful design studios include people from various departments, client prospects, and existing customers. By the end of the design studio, the team will have a common vision and alignment with a renewed sense of purpose.

We begin with creative thinking and critical thinking – there’s a big difference. (Fig. 2)

Critical thinking involves a careful, constructive evaluation of the sketches. In a design studio, participants organize, analyze, rank, prioritize, and choose the most viable concepts to merge into a final sketch. They critique using positive judgment ­first.

Managing creative and critical thinking is the key to running an effective design studio using the creative side to generate ideas and the evaluative side to critique them.

Here’s how creative and critical thinking are used in a design studio of an app.

Housekeeping at a large resort or casino is complicated. Rooms must be cleaned, refreshed, and inspected. Staff assignments are scheduled for arrivals, departures, catering, meetings, and events. Daily workloads get balanced based upon the existing customers and the forecasted demand.

The product team was not sure where to begin. Often, the biggest problem is that people start making decisions about solutions before fully understanding the problem. When confronted with a problem, most people immediately start trying to solve it – especially C-Suite executives. In a design studio, problem solving and decision-making are two separate activities. Here’s the better approach:

Step one in our housekeeping app case study was scheduling a “problem definition” meeting with the key stakeholders and experts to better understand the problem(s) to be solved.

In the problem definition meeting, the product manager included people from marketing, development, QA, training, sales, design, and support, along with prospective clients, and existing customers. It took two hours to define the problem.

We first determined the existing application needed an updated home page with enhanced functionality. Everyone saw the biggest opportunities were in scheduling assignments and balancing the workload. With the problems defined, the next 30 minutes were spent determining roles and responsibilities.

Next comes defining those roles and responsibilities.

As soon the problems to solve have been established, it’s time to decide who will help. In a design studio, there are three primary roles:

Assign people to specific roles based upon their strengths in roles where they will make the most impact. With the housekeeping app, roles were assigned strategically.

The role of historian was assigned to the project manager. She created the schedule, arranged travel for two participants, planned lunches, set up a wiki site to store pictures, helped the leader steer the discussions, tallied votes, and took pictures. The project manager enjoyed this role because it helped her stay focused on the overall strategy, while letting the team create and evaluate the sketches.

Our sketchers included a designer, developer, quality assurance tester, salesperson, housekeeper, hotel manager, and front desk agent. The hotel manager had experience scheduling catering for meetings and events at the hotel, and the developer had written a significant amount of the code for several of the key areas that would be updated.

I took the role of leader.

Our team was eager to get started.

Next – User and Design Research

Schedule time for user and design research by the sketchers. Both types of research help everyone understand the context of the problem to solve. This is likely to take several days, and here’s how they differ:

For the housekeeping app, the user and design research took on many different forms. The software developer looked at web analytics, existing code, calls to the help desk, and so on. The designer reviewed competitor sites and design libraries looking for common patterns. Plus, the designer interviewed the hotel staff, including housekeepers, caterers, managers, and front desk agents.

The hotel manager performed an informal survey of her employees to determine key issues to improve the existing design. The housekeeper kept a diary of her interactions with the product for her design research. The housekeeper asked two co-workers to review her diary to add additional notes.

The project manager asked the design studio participants to send any research findings, which she would store on a shared location. For this project, she created a Dropbox folder to share with internal and external people. The project manager would also ask other departments for any insights, including market research and usability. She put the files in the shared folder for the sketchers to review.

After conducting their user and design research, participants should initially sketch alone – each person gets the opportunity to be individually creative. Participants should produce enough sketches to get out of the common response zone, to create something innovative, inviting, and intriguing. (Fig. 3)

The initial team goal should be for each individual to create five or six different sketches. The idea is to have sketches that are different to force people use their imagination and get into a creative zone. Additionally, the sketches must be unique to ensure people do not risk getting committed to a single idea with some slight tweaks.

Participants should initially sketch their ideas separately to avoid “groupthink.” Groupthink is a psychological phenomenon that occurs within a group of people, where the desire for group harmony in decision-making overrides a realistic appraisal of alternatives. By forcing people to sketch separately, there’s individual creativity while avoiding groupthink.

The Initial Sketches for the Housekeeping App

In most design studios, sketching is homework for the team before meeting as group to evaluate the ideas. When the sketchers arrived to the group meeting, sketches were reviewed by the leader, before evaluating them as a team. As it turns out, one person had only done one sketch and another person had done seven sketches that were only slight variations of the first sketch. These participants were discretely asked to create more sketches before the session started.

The sketchers had created some new ideas, which were no longer iterations of existing ones. Their ideas greatly expanded the concepts that would eventually be seen in the design studio.

Iterations happen in the common response zone. Innovation happens when you get out of it.

Evaluating the Sketches Together

The primary purpose of the evaluation is to have a realistic appraisal of alternatives. People should have open, frank conversations rather than trying to maintain group harmony (or groupthink). When evaluating the sketches, it should be a structured as a discussion between team members and not a test of someone’s persuasive abilities or validation of a hidden agenda. (Fig. 4)

There should be strict rules for evaluating ideas. Here are some the housekeeping group used:

These rules provide a structured way for people to talk about the concepts in a very open, civilized, and democratic fashion.

In this design studio, participants started with the home page. They were able to produce over 35 different concepts when they initially sketched alone. After presenting all of the sketches, the team grouped similar looking sketches together. For the first round, four different clusters emerged.

With 35 different sketches, each sketch was evaluated for its positive benefits. Positive judging goes first to avoid the natural tendency of people to think negatively of new ideas.

Once each idea was evaluated for its positive and critical aspects, the team voted. In this initial round, there’s a public vote. With 35 sketches, participants voted on the top three sketches to move to the next round. When the votes were counted, there were clear patterns:

At the end of the first round, each person had seen something new and unexpected. They were eager to resketch.

After the first round ends, participants should resketch based upon what they have learned. Sketching can be done either individually or collaboratively, depending upon how people voted in the first round. Here are two different scenarios.

On the other hand, the outcome may call for a group sketching exercise called a mashup. In a mashup exercise, a person combines elements from two or three different designs and merges them into one concept. The group provides additional input until everyone agrees on the final sketch. The designer leads the mashup exercise because they end up creating the mockups or prototype. Mashups are done on whiteboards.

Consensus on the home page was reached almost immediately. Taking the three most popular designs to use as the base for the mashup exercise, it was led by the designer. A whiteboard was used because there would be plenty of edits made during its creation.

Once the final design emerged, micro-interactions (pop-ups and new pages) were sketched, using 8 ½ x 11 paper. Sticky notes were used to show how different content was swapped out based on what a user selected. The historian took pictures of how the content changed when we tapped on a link or button on the home page.

Among the many advantages, design studios:

At the start of any project, conduct a design studio to build better products in a faster, collaborative way with both teams and customers.

Brian Sullivan is the Director of Testing and Usability at Dallas-based Tonic 3, and is the Founder of the Big Design Conference. Brian is also the author of The Design Studio, a step-by-step guide to running successful workshops. His website is: designstudiomethod.com. 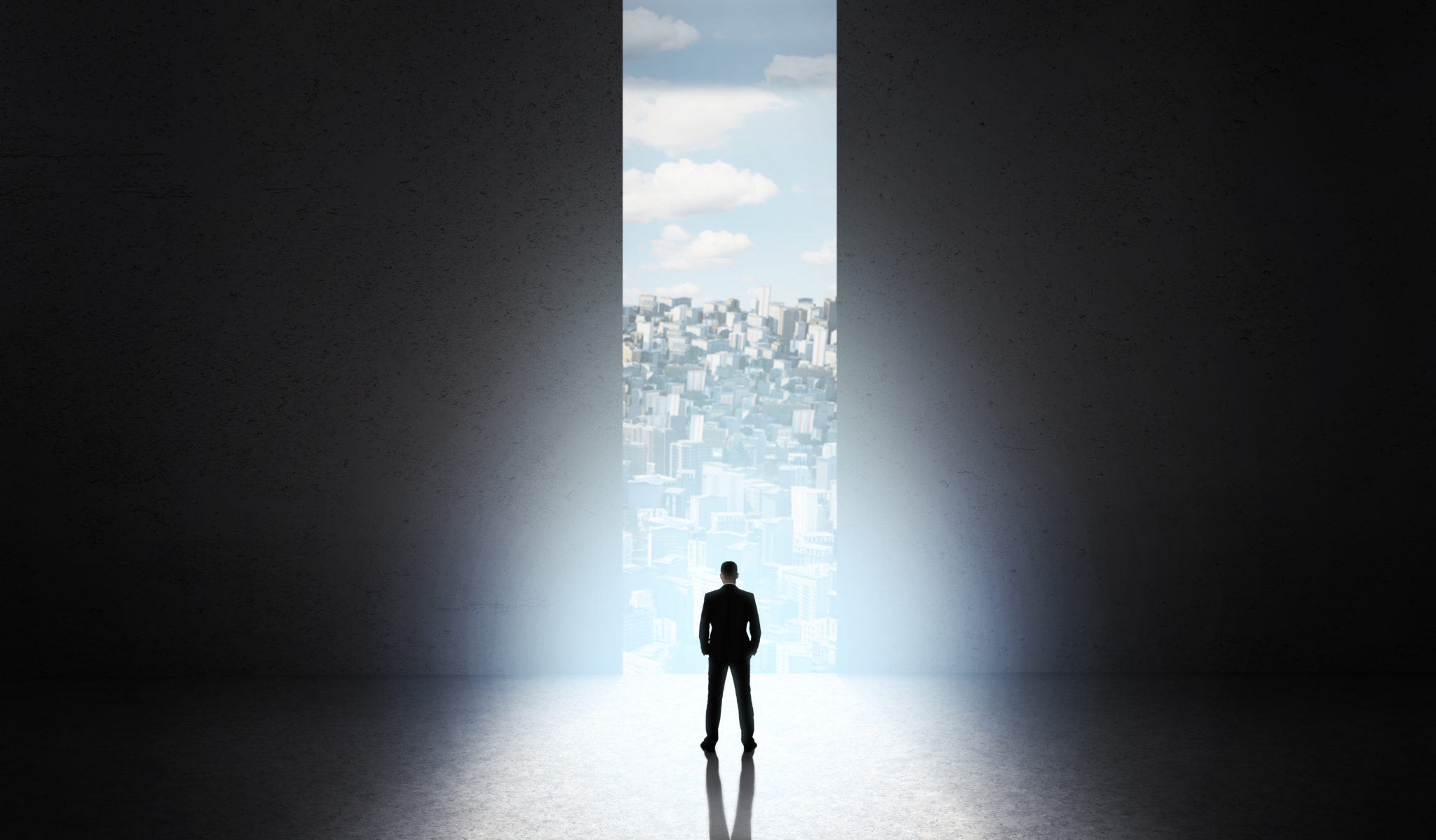 Coming Out of the Crisis with a...