The decline in the energy sector, caused by $45 oil, has attracted a lot of attention this year, but as Keith Phillips of the Federal Reserve Bank of Dallas – San Antonio Branch said, “There’s a lot of things going on here besides oil and gas.” Among them is a petrochemical boom along the Gulf Coast, creating thousands of construction jobs, he said. The Texas economy is the 32nd fastest growing economy in

the United States, better than the other oil and gas states. Phillips addressed the Economic Forecast panels in San Antonio and Houston.

Unemployment is holding steady at 4.2 percent, she said. Workers who have been laid off from the energy industry have either left the workforce or left the state. Specialty skills like welders, electricians, and diesel mechanics are still in demand, and there are even shortages in low-skilled jobs like machinists and food manufacturing. Jobs have been lost in energy-dependent metros, such as Houston and Midland-Odessa, but more diversified economies, like Austin and Dallas, continue to grow fast. Dallas is seeing the relocation of Toyota, State Farm Insurance, and Liberty Mutual Insurance. Austin is seeing growth in high tech. “But overall,” Yucel said, “if you look at the full year, it’s the service sector that’s making the

difference along with professional and business services.”

Of course, $45 oil has hit the energy sector hard. Rig counts have dropped from over 900 to 365. Oil production peaked at 3.6 million barrels a day in March, and is now at 3.4 million barrels. “Oil prices are very hard to predict and I don’t try because I’ve learned not to,” quipped Phillips, but he said if prices stabilize at $45 to $47, he expects to see two percent growth next year. “If they go down, we’ll see further weakening,” he said.

Technology is partly responsible for the drop in the price of oil, said Pieter Bergstein, the CEO of Standard Energy Services. Drillers used to be happy with 40 to 80 barrels per day from their wells, but now, technology has enabled them to drill 400 to 800 barrels per day wells. That has led to the glut in oil that has driven prices down.

As head of an oil services company, Bergstein sees many different scenarios in the oil fields. Some companies are hedging – something that didn’t used to be done much, because the price of oil was good.

Other oil companies have raised a lot of money from investors, have money in the bank, and have a great oilfield. Bergstein said they’re going to play it safe, drill only lower cost vertical wells, and wait for oil prices to go back up before they return to horizontal drilling. Still others face the prospects of expiring leases, and if they don’t drill soon, they will lose the lease.

“The guys with the 400 barrel wells are the ones who will continue to survive because they have the cash flow,” Bergstein said.

On the oil services side, Bergstein sees some big changes coming, especially for those companies that have borrowed a lot of money. Some companies found themselves with extra cash flow and started buying luxury items. Bergstein said they’re going to be in trouble. Some successful companies, for whatever reason, decided to start another business, outside the core business of oil services. “Both companies will go down because the cash cow core business can no longer subsidize the sick company,” Bergstein said. “You’ll see several of those failures in 2016.”

The drop in oil prices has intensified competition. Some companies even quote prices below cost, Bergstein said, just to get some cash coming in to pay the bank. Oil companies will choose services companies with cash flow and strong safety programs – “not those companies who have to choose between paying the bank or having a safety department.”

Bergstein said his company has cut wages 10 to 20 percent to compete, as has everyone else. He said 40,000 people have been laid off and are not applying for what jobs are open. “During the boom, there was very little time off and I think many of them are taking a break and watching the market to see what happens and then go back to work – for now, they are collecting unemployment,” Bergstein said.

Christopher Lloyd, CEO of both the Memorial Hermann Physician Network and their Accountable Care Organization, said health care is undergoing a pronounced transition – one that will have far reaching effects. That change will range from the present day fee-for-payment system, which is very fragmented and has separate payments for everyone in the health care chain, to one of fixed and bundled payments driven by outcomes and not incidents.

That’s the basic tenet of the Affordable Care Act, Lloyd said. But as physicians and hospitals make that transition, they will be dealing with a number of issues.

A central issue will be end of life care. Rather than raising alarms about death panels, Lloyd said the discussion has to be about the appropriate care at the right time. “Lifestyle and individual accountability is the most difficult issue to address in health care reform,” he said. Other key issues will be payment mechanisms, administrative costs, access to health care by the uninsured, and chronic disease management.

A “macro trend” deal with these issues is the rise of the Accountable Care Organization, Lloyd said. ACOs are hospitals, physicians and other organizations experimenting to see if costs can be reduced with improved quality.

For example, Memorial Hermann has been ranked as one of the most successful ACOs in the country, Lloyd said, with a Medicare shared saving program. If Memorial Hermann saves money on its 50,000-plus ACO members, the federal government splits the cost of savings 50-50. “We saved over $111 million over a two-year period, and we got a check for $55 million,” Lloyd said.

But other organizations lose money. Lloyd said Medicare is examining the different ACOs to see which models work. “I believe strongly that the innovation can’t come from legislation,” Lloyd said. “It has to come from this realignment within the industry with private business practices evidenced through the delivery mechanisms.”

Another macro trend is mergers and acquisitions. Anthem recently bought Cigna. Aetna has acquired Humana. Lloyd said big companies are better positioned to handle the big changes that are coming.

Lloyd expects rapid enrollment in the public health exchanges will continue in Texas, particularly when the “Cadillac” tax kicks in in 2018. That will determine whether companies continue to carry health insurance or pay the taxes associated with enrollment in the exchanges.

“Health care in 24 months and 36 months will not look like health care today,” he said. “It will continue to advance.” Technology will drive those changes. Lloyd said it is now possible to “risk stratify” the entire population. “I can make a prediction about the likelihood of Mrs. Jones, who is in your employment, being in the emergency room in the next six months; and at the same time, the algorithm is looking over everyone’s shoulder to see if I’m accurately predicting disease incidents,” Lloyd said. Such technologies will help health care organizations reduce costs.

After the collapse of the credit market in 2008, auto sales in the United States dropped to about 10.4 million units, said Earl Hesterberg, the CEO of Group 1 Automotive. We’re now back to 17 million units, and heading for 18 million.

Car sales are driven by consumer confidence, Hesterberg said. But since the recession began in 2009, car sales have been driven by the age of the car. “People are usually shocked to learn that the average age of car on the road in the U.S. is 11 years old,” Hesterberg said. “There’s necessity for people to trade these cars in.”

But financing and lower gas prices play a role, too. “During the recession, bankers learned folks make their car payment before they make their house payment,” Hesterberg said. “Why? Because people have to get to work.”

The average length of a car loan is now over five years, for both new and used cars. Hesterberg said 25 percent of car loans are now 72 months – a problem, because the car depreciates faster than the loan can be paid off. “With these low interest rates, it’s easy for the auto manufacturers to subsidize the rate of the loan,” he said.

Lower gas prices have also shifted the mix of car sales, to bigger vehicles such as Suburbans and F-Series trucks. That helps the auto manufacturers because they make more money on the big vehicles. But Hesterberg said that trend probably can’t be sustained over the long term.

In employment, Hesterberg said the industry hasn’t been able to hire enough technicians for the last five years. A skilled technician can make well over $100,000 a year, he said. There’s also a need for service providers, who wait on people getting their cars serviced, and for sales people. “We cannot hire enough revenue producing people,” he said.

Regarding future trends, Hesterberg predicted more consolidation on the manufacturing side, because they have a fixed cost business. But he also predicted consolidation on the retail side. “The real estate in markets like Dallas, Los Angeles, Chicago has become so expensive that it’s no longer possible to be a family business,” he said. Alternative fuel vehicles, like the Tesla? “It’s not significant, yet.”

Thank you to our Enlightened Speaker Series collaborator & our sponsors: 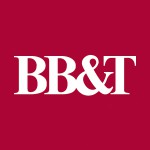 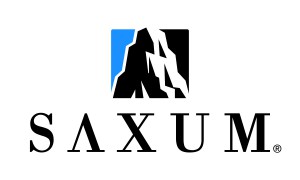 The Landman: A Singular Profession 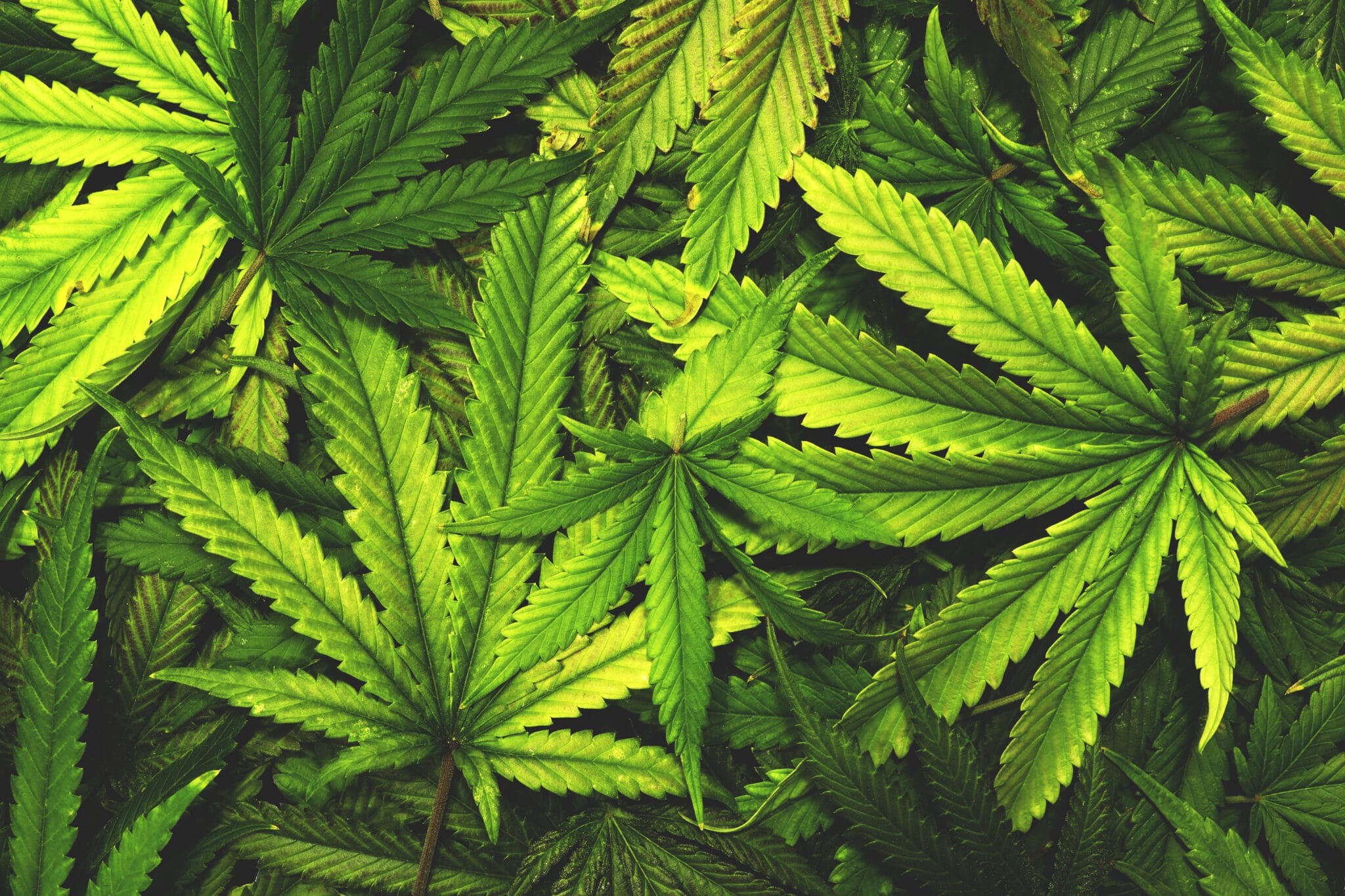