The decline in the energy sector, caused by $45 oil, has attracted a lot of attention this year, but as Keith Phillips of the Federal Reserve Bank of Dallas – San Antonio Branch said, “There’s a lot of things going on here besides oil and gas.” Among them is a petrochemical boom along the Gulf Coast, creating thousands of construction jobs, he said. The Texas economy is the 32nd fastest growing economy in the United States, better than the other oil and gas states. Phillips addressed the Economic Forecast panels in San Antonio and Houston.

Unemployment is holding steady at 4.2 percent, she said. Workers who have been laid off from the energy industry have either left the workforce or left the state. Specialty skills like welders, electricians, and diesel mechanics are still in demand, and there are even shortages in low-skilled jobs like machinists and food manufacturing. Jobs have been lost in energy-dependent metros, such as Houston and Midland-Odessa, but more diversified economies, like Austin and Dallas, continue to grow fast. Dallas is seeing the relocation of Toyota, State Farm Insurance, and Liberty Mutual Insurance. Austin is seeing growth in high tech. “But overall,” Yucel said, “if you look at the full year, it’s the service sector that’s making the difference along with professional and business services.”

Of course, $45 oil has hit the energy sector hard. Rig counts have dropped from over 900 to 365. Oil production peaked at 3.6 million barrels a

day in March, and is now at 3.4 million barrels. “Oil prices are very hard to predict and I don’t try because I’ve learned not to,” quipped Phillips, but he said if prices stabilize at $45 to $47, he expects to see two percent growth next year. “If they go down, we’ll see further weakening,” he said.

In one of his first public appearances since joining the Federal Reserve Bank of Dallas, Robert Kaplan, President & CEO, welcomed forecast attendees by observing how critical Texas is to the growth of the U.S., “And even though the headline is “Headwinds,” the economy of Texas has been resilient.”

“There may be headwinds in other parts of the economy,” said Mark Layman, the CEO of Balfour Beatty U.S., “but for commercial construction, Texas is the hottest market there is in the country and it’s going to stay that way for a while.”

Dallas in particular is aided by a number of factors, he said, including the state’s business friendly attitude, the availability of land, cheap cost of living, an abundance of educated skilled labor, and access to other cities in the U.S. But that healthy economy also brings infrastructure challenges, especially in roads and water.

If the construction industry economic cycle is viewed as a 24-hour clock, Layman said it’s now early afternoon. That means big corporate investors are still spending money and commercial developers are still working on projects, but speculative investors – with big dreams and little experience – might be about to jump in. That will be when

Layman said the multi-family market is active right now because of all the apartments and condos under construction. But his company is getting pickier about the projects it takes on. “We’re in the last one-third stretch of that multi-family market and think it will go on for about one more year,” he said.

Opportunities in construction are coming via technology, Layman said. Those technologies will improve supply chain management and reduce waste. “The typical builder builds with 40 percent waste, which means on this beautiful $200 million building [the Dallas Federal Reserve], $80 million was wasted in supply chain management, collaboration and technology.” That will change, he said.

Another opportunity will come in talent. “We are underserved in our industry by women and minorities,” he said. Both are needed at the management level.

Although Texas has significantly outpaced the nation in home sales over the past two years, that’s slowing down now because of the drop in oil prices. Chris Heller, the CEO of Keller Williams, said next year will see Texas at closer to the national average.

“The big issue is Houston,” he said, where home sales this year are in negative territory. But on the bright side, Houston is a resilient market. “The economy of Houston has diversified probably more than people realize and I don’t think you’re going to see anything really dramatic there,” Heller said.

On home prices, Texas is still ahead of the rest of the country. “There is no housing bubble in Texas as there was in California,” Heller said. Inventory is tight, and Dallas leads the state in price increases. Dallas and Austin have a two-month housing supply, and Houston is at three months. Heller said a six month supply is normal. “The challenge here is affordability, especially for the young, first time buyers,” he said. One factor he cited as keeping those buyers out of the market is the growing student debt load.

Keller Williams sees strong indicators for the future. Sales transactions in North Texas in August were up 24 percent over last year. Contracts – which include everybody involved in a transaction like inspectors, contractors, and lenders –were up 26 percent. “It’s looking good for Texas,” Heller said, but in the next 12 to 24 months, he thinks the market will begin to shift.

Health care costs continue to rise, said Dr. Eric Bricker, the Chief Medical Officer at Compass Professional Health Services. Costs are up three percent over 2014, and Bricker expects a five percent increase every year for the next 10 years. “That will put family care benefit costs at $27,000 per year, with the employee paying about $7,000 per year and the employer paying $20,000 per year,” he said.

“It’s also estimated that 30 percent of what’s spent on health care is wasted – that’s a total of $765 billion a year,” he said. Employers might not be able to do much about administrative costs at doctors’ offices and hospitals, Bricker said, but they can do something about unnecessary procedures, inefficiently delivered services, fraud and high prices.

“If you learn nothing else today from what I have to say, learn this,” Bricker said. “The price of health care services is very different depending on where you receive care locally, even within network.” At one facility an MRI costs $1,240 and at another facility it costs $527. The cost of a colonoscopy at one facility costs $2,850 and at another it costs $530. “Sometimes it’s the same doctor performing the same procedure at different facilities,” he said. “For knee surgery, one facility is over $57,000 and at another, it’s $29,000, or a difference of $28,000.”

The difference in costs is the result of negotiations between providers and insurance companies. If a hospital wants to set a price for MRI imaging, for example, the insurance company might demand a price break on another item.

“In summary,” said Bricker, “inflation is due to price increases, not increased utilization; prices are highly variable locally; prices are based on provider and insurance contracting, not actual costs; and finally, employer health care spend can be brought under control.”

Thank you to our Enlightened Speaker Series collaborator, the McCombs School of Business, and 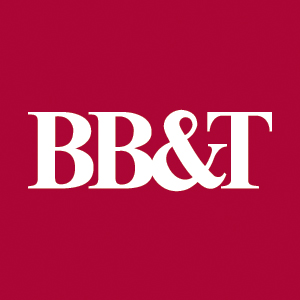 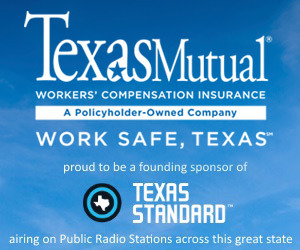 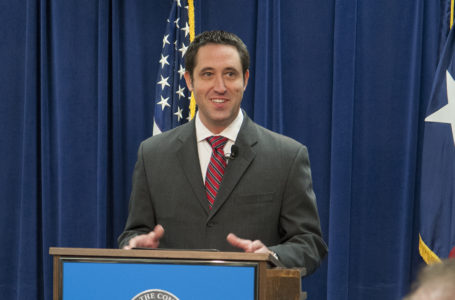